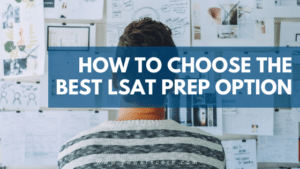 At the beginning of any given student's LSAT prep journey, we commonly receive two questions:"How do I begin to prepare?" "How do I pick the prep option that's best for me?"In this post I’ll do my best to answer both of those questions.First, I'm obviously pretty biased when it comes to courses and prep in general. PowerScore is truly the industry leader when it comes to quality instruction and student results. For the purpose of this post, I’ll avoid a blatant PowerScore pitch and instead take a different approach. So, here’s broader advice to help you make the most informed … END_OF_DOCUMENT_TOKEN_TO_BE_REPLACED

When choosing the right LSAT course for you, you may face this dilemma. Should you take the course that starts early and ends well before your LSAT administration? Or should you wait so that it ends closer to the test date? There are pros and cons to each decision, let's look into them. Starts Well Before the Test Date PROs If your target score range is way above where you're currently scoring, taking an earlier course might be your best bet. Early courses are particularly advantageous if you don't think you can complete all your homework while also taking additional practice tests in the … END_OF_DOCUMENT_TOKEN_TO_BE_REPLACED 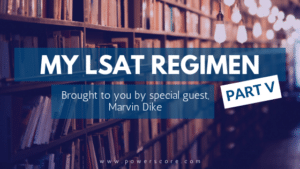 PowerScore student Marvin Dike blogs about his comprehensive study regimen so that our readers can learn from his experience. Make sure you read Part I, Part II, Part III, and Part IV. So my LSAT journey is over. Finally. I want to give you a rundown of my test day experience and my mentality. I'll also include a handful of things I learned, a few tips, and some things I would've done differently if I could start the whole process over knowing what I know now. Mentality I was never nervous going into the exam. I was excited and looking forward to the challenge. In my soul, I knew I went … END_OF_DOCUMENT_TOKEN_TO_BE_REPLACED

Do you ever wonder? Almost everyone does, but shouldn't. First of all, how others prepare for the LSAT isn't a big deal because it doesn't directly impact you. Second, it really doesn't matter because no one else will be taking the exam for you (unless you bribed someone to take your exam, in which case you've got way bigger problems heading your way than choosing a prep method!).Fortunately, instead of just guessing about what other people do, we can get a good general sense from the test makers themselves. LSAC's The Summary of Self-Reported Methods of Test Preparation by LSAT Takers for … END_OF_DOCUMENT_TOKEN_TO_BE_REPLACED 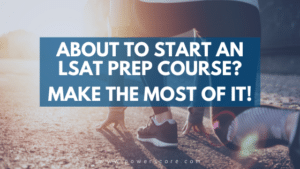 So you’re thinking about taking a prep course! Test prep is a huge time and financial commitment. On top of that, the vast array of bells and whistles that come with a course can be daunting. Regardless of which test prep company you go with (hopefully it’s us!), here are some steps you can take to make the most of your time… and money! Show Up to Class This one should be an obvious one. How do you make the most of it? Show up and make a commitment to yourself to show up to every lesson. Only skip a class in case of an emergency. If possible, promptly make arrangements to make it up.  All … END_OF_DOCUMENT_TOKEN_TO_BE_REPLACED