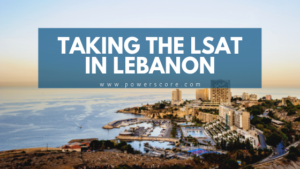 Are you taking the LSAT in Lebanon? Students take the LSAT if they plan to attend law schools in the US and Canada. However, the test administers across the globe. Check out this post about taking the LSAT abroad.In Lebanon, only one location offers the LSAT: Beruit, AMIDEAST. While there is just one location option, it occurs four times per year: February, June, September/October, and December. You can find a complete list of test dates and deadlines here. Students should know that testing center locations are subject to change. Refer to LSAC for the most up-to-date information or if you … END_OF_DOCUMENT_TOKEN_TO_BE_REPLACED

For a while now, I’ve been meaning to write a series of articles on how the pursuit of perfection in various fields can teach valuable lessons for LSAT preparation, and how that pursuit sometimes conflicts with prevailing conventional wisdom. In honor of tonight’s national championship football game, we start with Oregon’s Blur Offense.If you’re not familiar with football or are just a casual fan, you may not be aware that Oregon runs an unusual type of offense that spreads the field and runs plays at a high rate of speed (about 15 seconds between plays in last week’s Rose Bowl demolition … END_OF_DOCUMENT_TOKEN_TO_BE_REPLACED 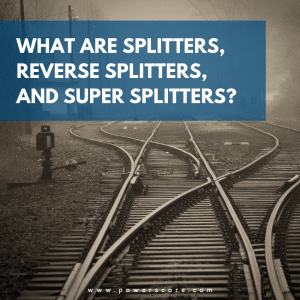 If you are applying to law school, you will come across an unusual and somewhat confusing term: Splitter. And no, it has nothing to do with baseball pitches, cutting trees, or a certain San Antonio Spurs/Philadelphia 76ers basketball player. A "splitter" is someone who has LSAT and GPA numbers that are split between high and low marks. Often, the medians for a law school play a role in determining if one is truly a splitter. While this concept is relatively easy to follow, over time several variations have cropped up, so let's look at each: Traditional Splitter (or, Just "Splitter") This … END_OF_DOCUMENT_TOKEN_TO_BE_REPLACED 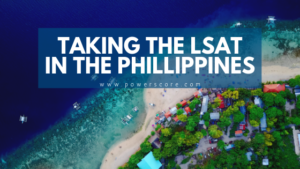 Are you taking the LSAT in the Philippines? Students take the LSAT if they plan to attend law schools in the US and Canada. However, the test administers across the globe. Check out this post about taking the LSAT abroad.In the Philippines, only one location offers the LSAT: Quezon City, the University of the Philippines. While there is just one location option, it occurs three times per year: February, September/October, and December. You can find a complete list of test dates and deadlines here. Students should know that testing center locations are subject to change. Refer to LSAC for … END_OF_DOCUMENT_TOKEN_TO_BE_REPLACED

Continuing on with our discussion from Part I, let’s take the text from the article and turn it into a proto-LSAT Logical Reasoning stimulus: “In the country of Downlandia, over 100,000 people currently live in towns with populations of fewer than 100 residents. This is an increase of over 20,000 people from a decade ago.” With this very rough “stimulus” in hand (which at this point is just a fact set), we can now examine the three question types that could easily be appended to the scenario under discussion. In each case we will add a bit more to the stimulus in order to make the question … END_OF_DOCUMENT_TOKEN_TO_BE_REPLACED

The other day I was reading an article about a town in the US with just two residents. In the middle of the article, the following text caught my attention: “The 2010 Census found 13 hamlets with one or two residents, including Lotsee, Okla., Gross, Neb., and Bonanza, Utah. About 119,000 people live in towns with fewer than 100 residents, up from 79,000 a decade earlier. Mr. Cantrell suspects the increase is due largely to towns shrinking below the 100-resident mark as residents die between the two censuses, rather than any influx of people into tiny towns.” While this text would seemingly … END_OF_DOCUMENT_TOKEN_TO_BE_REPLACED 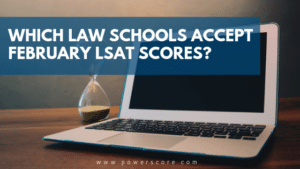 You just received your December 2012 LSAT score. Do you want to roll up into a ball and die? Don’t. Just because Congress can’t come up with a good Plan B to pull us from the “fiscal cliff” doesn’t mean you can’t. Here’s a good start:With approximately four weeks left until the February 2013 LSAT, mastering this test may seem like an uphill battle. It is not. For one thing, as someone who probably put in a lot of effort preparing for December, you have a significant head start. For whatever reason (more on that later), you simply failed reach your full potential. The mere fact that your … END_OF_DOCUMENT_TOKEN_TO_BE_REPLACED 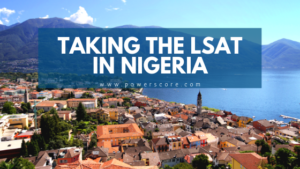 Are you taking the LSAT in Nigeria? Students take the LSAT if they plan to attend law schools in the US and Canada. However, the test administers across the globe. Check out this post about taking the LSAT abroad.In Nigeria, only one location offers the LSAT: Lagos, the Educational Advising Center. They administer the exam once a year in June. You can find a complete list of test dates and deadlines here. Students should know that testing center locations are subject to change. Refer to LSAC for the most up-to-date information or if you have any questions.International … END_OF_DOCUMENT_TOKEN_TO_BE_REPLACED

This blog is brought to you by a special guest, Ms. JD. No one has ever said that the law school admissions process was fun. What can make it even worse is finding out one or several of your top law school choices have decided to place you on the waitlist. For many students, placing on the waitlist can be difficult to navigate.  I mean, being put on the waitlist means that they don’t like you, right? WRONG.As a law school admissions representative, I guide students through this process on a regular basis. To them, it’s as cold as being outright rejected, but as confusing as an advanced … END_OF_DOCUMENT_TOKEN_TO_BE_REPLACED

This blog is brought to you by a special guest, Anna Ivey. Anna Ivey is the former Dean of Admissions at the University of Chicago Law School and founder of Ivey Consulting. She and her team help college and graduate school applicants make smart decisions about their higher education and submit their best applications possible. Read more law school tips in The Ivey Guide to Law School Admissions. This blog stems from a question that Anna received from a student who had a combination of undergrad credits from a school in the US and schools abroad: I had about two semesters worth of credit … END_OF_DOCUMENT_TOKEN_TO_BE_REPLACED 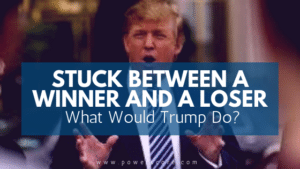 You know the story all too well. After happily eliminating three of the five answer choices, you're stuck between the last two. One of them is a winner, the other is a loser. The problem is, you can't decide which is which, because the loser is cleverly disguised as a... winner. You can call Donald Trump, of course, who seems to face such dilemmas on a daily basis. He has surely become the worldwide expert in winner/loser differentiation strategies. On the off-chance you can't get a hold of the Donald, here's what you should do.Getting stuck between two answer choices is a common … END_OF_DOCUMENT_TOKEN_TO_BE_REPLACED

People who decide to go to law school, and so prepare to take the LSAT, tend to have some personality traits in common. They tend to be driven, confident, and prone to blowing any perceived failure completely out of proportion. I'm not putting anyone down. In fact, it should be fairly obvious given my profession that I'm talking as much about myself as anyone else. But, if in addition to myself, I've also described you, consider this: you're not going to progress as quickly as possible unless you learn to not only accept failure but also embrace it.Now, I'm not saying that you should be … END_OF_DOCUMENT_TOKEN_TO_BE_REPLACED 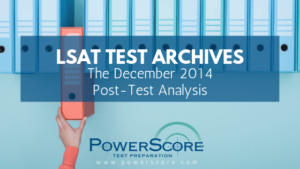 The December 2014 LSAT was given on Saturday, and while specific information about the test content is tightly guarded, we've still heard from a number of students, and I've read numerous accounts of the exam online, so I want to pass along their impressions. Logic Games Just like the September 2014 test, the Logic Games section on the December test did not include any surprises (no circular games or pattern games here). The section began with two relatively easy linear games. The third game (photographers/artists) was moderately difficult, and only the last game (grouping, involving rugs) … END_OF_DOCUMENT_TOKEN_TO_BE_REPLACED

Timing is important on the LSAT! But so is moving

LSAC has announced that the first 3 tests of 2021

Dave's sippin' on a seasonally-appropirate spiked