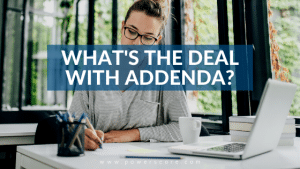 There is now a PowerScore LSAT PodCast episode that expands on this popular blog post: Episode 78: What's the Deal With Addenda? There are several things that can cause students to freak out when applying to law school. Some students worry about the relative “prestige” of their undergraduate institution and how schools will view that during the admissions process. Some have concerns about their choice of major, letters of recommendation, or that one C they got freshman year. Then there are the students that took the test cold and worry about what that looks like on their application. P.S. … END_OF_DOCUMENT_TOKEN_TO_BE_REPLACED 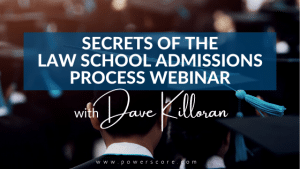 On November 17th, 2020 Dave Killoran hosted a special law school admissions webinar aimed to dispel common misconceptions about the application process and how those misconceptions often lead to students submitting subpar applications. Dave covered the major elements – including personal statements, GPA, recommendations, and more – and gave clarity on how to make each aspect shine as bright as possible. Discussions also took place on how to handle negatives in your application and when to submit an addendum. Don’t stay in the dark on the admissions process any longer and watch the Secrets of … END_OF_DOCUMENT_TOKEN_TO_BE_REPLACED 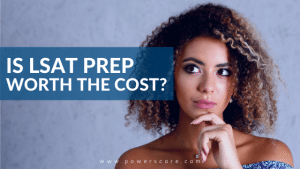 On Reddit the other day I saw a comment that stuck with me: “The LSAT costs $200 so I don’t think I should pay more than that to prepare for it.” While on the one hand I completely understand the presumption that preparing for this test shouldn’t require much expenditure, on the other hand I also think that perspective only captures part of the picture. So let’s take a closer look!LSAT Prep Can Be Expensive Of all people, I’m well aware that LSAT preparation can be costly. We offer courses that cost over $1000 and have tutoring packages that run even higher than that. So there’s no … END_OF_DOCUMENT_TOKEN_TO_BE_REPLACED 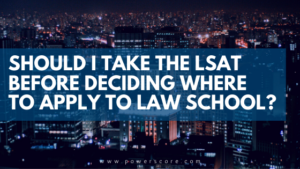 When applying to law school, timing is everything. You need to know which LSATs you should take and when to submit your applications. Getting your letters of recommendation on time is completely dependent on when you ask for them. Same with getting your transcripts. As you can see, timing is a big factor in the admissions process! Below is an ideal timeline for getting into law school. Before & During the Admissions Process Before we get into the timeline, there are a couple of things that need to be in the works and happening while you're going through this process. Let's go over … END_OF_DOCUMENT_TOKEN_TO_BE_REPLACED 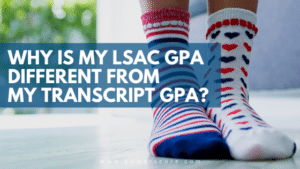 One of the steps to getting your law school applications ready is sending LSAC your college transcript(s) for processing. They take your transcripts, convert your grades to a 4.0 scale, and calculate an overall GPA for you. This is your “LSAC GPA”. To the surprise of some students, their LSAC GPA is different from their transcript GPA. Not necessarily in a good way, either. But, why is that the case? Let's Talk BasicsYou have to submit transcripts from all undergraduate institutions you have attended. No exceptions. It doesn't matter if you didn't graduate from one of them or if one is … END_OF_DOCUMENT_TOKEN_TO_BE_REPLACED 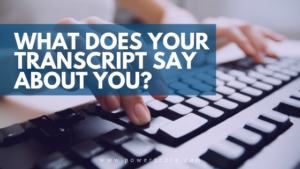 Next to your LSAT score, your GPA is the most important thing on your law school application. Like it or not, those numbers hold the greatest weight in your likelihood of getting into a particular school. Unlike your LSAT score, though, your GPA has another facet to it: your transcript. Whether your transcript has a positive or negative effect on your application depends on what's on it.Let's take a look at what your transcript can say about you. Before we start, though, a disclaimer: not everyone's transcript will be analyzed. I imagine that the people who run the greatest risk or chance … END_OF_DOCUMENT_TOKEN_TO_BE_REPLACED 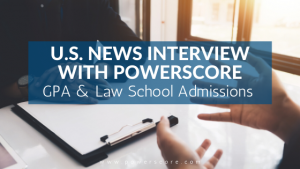 Dave Killoran and Jon Denning from PowerScore were featured in an article by U.S. News detailing how a student's undergrad GPA factors into their law school admissions chances. You can read this incredibly informative article that also includes insight from some of our peers here. Below we have included the full interview transcript with Dave and Jon that goes even further in-depth on how law schools evaluate undergrad transcripts, how to compensate for a lower GPA, and more! U.S. News: Why is it that at top-20 law schools, the average GPA of incoming students is close to a 4.0? Dave … END_OF_DOCUMENT_TOKEN_TO_BE_REPLACED 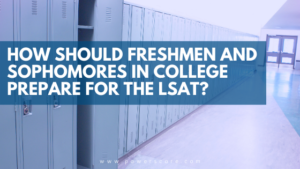 There's an adage, a truism in its self-evidence really, that it's never too early to start studying for the LSAT. So compelling and pervasive is this advice that high school seniors often ask how to start their law school journey. Most probably agree with me that it’s a bit premature to start seriously investing energy into hardcore LSAT prep. But, college freshman and sophomores are near enough to test day that it warrants some legitimate consideration.In light of this, here is a comprehensive set of recommendations for those in the early stages of their college careers. This should make … END_OF_DOCUMENT_TOKEN_TO_BE_REPLACED 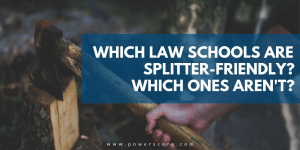 When you discuss law school applications, the question of which schools are "splitter-friendly" comes up pretty often, and it's not really an easy question to answer. Are we looking for schools to which a high percentage of splitters are admitted relative to non-splitter applicants? Schools that seem to value an applicant’s LSAT score much more than his/her GPA? How about schools that are willing to go really low on the GPA scale to nab those high LSAT scores?There is actually a lot of overlap between those questions, but they're not all the same thing. There is a ton of anecdotal evidence … END_OF_DOCUMENT_TOKEN_TO_BE_REPLACED

In the world of law school admissions, the U.S. News and World Report’s (USNWR) annual law school rankings are always looming, in one way or another, in the background.For better or worse, the USNWR rankings are the most widely cited, and for many are considered the gospel truth when it comes to law school rankings. They receive heavy criticism along a number of lines. Many criticize them for placing insufficient emphasis on employment outcomes, and too much emphasis on things like library resources and expenditures per student, which favor schools with a lot to spend. Another common … END_OF_DOCUMENT_TOKEN_TO_BE_REPLACED 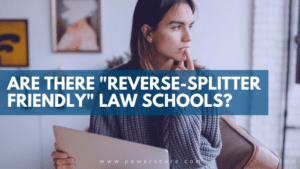 We cover which law schools are "splitter-friendly" in this blog post. The analysis of the data in that post also gives us some insight into which school might also be "reverse-splitter friendly." For the uninitiated, check out What Are Splitters, Reverse Splitters, and Super Splitters. It breaks down the differences to help you determine which one you are if any.There are a couple things worth mentioning before we dive into that analysis, though. First, it may be true that splitter-friendliness is more of a “thing” than reverse-splitter friendliness and this certainly makes some sense. The … END_OF_DOCUMENT_TOKEN_TO_BE_REPLACED 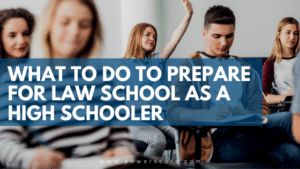 We answer a lot of law school admissions questions throughout the year. One of the most prevalent comes from the younger crowd of aspiring law school applicants. "I'm only a junior/senior in high school, but I already know I want to go to law school. What do I need to do to increase my chances of getting into [law school]?" First of all, kudos to you for pre-planning! Here are some pointers to help you on your path. Basic Requirements These are the two basic requirements you need to apply to any U.S. law school.Finish high school and obtain a four-year undergraduate degree at a college … END_OF_DOCUMENT_TOKEN_TO_BE_REPLACED

Sometimes students wonder what a drastic jump in LSAT score from one test administration to the next relays to admissions officers when considering applications. In this discussion on the PowerScore LSAT Forum, Dave Killoran provides advice for a student who is wondering if their score jump will raise suspicion and whether or not they should provide an addendum in their application. Here's a quick preview. Make sure to check out the full thread to read the entire explanation Dave  provided to this student:The Forum posts selected for this series are chosen because they have a … END_OF_DOCUMENT_TOKEN_TO_BE_REPLACED 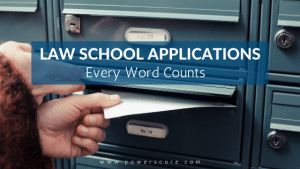 The other night I co-hosted a free PowerScore online seminar on the basics of the law school admissions process. This seminar, known as Admissions 101, covers each step of applying to law school, and it discusses how to approach the application process and what the law schools are seeking from you as an applicant. During this seminar I spend a lot of time answering questions about two things in particular: letters of recommendation (LOR) and the personal statement. Due to the large number of LOR questions, I later did a special seminar on just the letters of rec, which is now available here. … END_OF_DOCUMENT_TOKEN_TO_BE_REPLACED