Do you spend too much time reading? Fail to absorb enough information about the structure of the passage? Or is it that you go too slowly in the questions? Dave and Jon explore these common problems and teach you how to overcome them. They also showcase how to make this often-loathed section actually fun. Below is the recording for a webinar from Dave Killoran and Jon Denning on the best way to analyze your strengths and weaknesses in Reading Comp!Additional Reading Comp ResourcesKiller RC: The Hardest LSAT Reading Comprehension Passages of All Time RC a Total Drag? Find a Study … END_OF_DOCUMENT_TOKEN_TO_BE_REPLACED 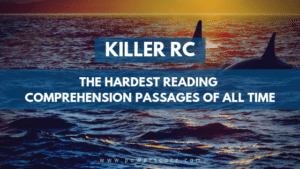 Students studying Reading Comprehension passages often want to see the hardest passages in LSAT history. To that end, here is a list of the hardest Reading Comprehension passages of all time, in chronological order. It is accompanied by our at-times jesting commentary. Although we can no longer offer direct downloads of the games due to LSAC rules, this publication identifier link will tell you where to find them. Want to try them all? We've compiled them into a Digital Practice Set. PT2, October 1991, Passage #3: Waterbugs This was the first “hard science” passage ever to appear on the … END_OF_DOCUMENT_TOKEN_TO_BE_REPLACED

June 2018 is here, and a bit early this year. Hopefully this year's test went well for everyone. Whether you are taking one of the upcoming tests or are just looking to see how things played out in June, we have some initial thoughts about this most recent installment. So, without further ado, let's get right to the breakdown of each of the passages and then a few thoughts. Passage 1: Science – Climate Science (5 questions) Overall, June’s Reading Comprehension section was less challenging than many of RC sections of the last few years. But, this was still the most difficult section of this … END_OF_DOCUMENT_TOKEN_TO_BE_REPLACED

The LSAT can be a daunting experience for anyone starting out their preparation. And one particular area that a number of students will struggle with is the Reading Comprehension section. After all, most people taking this test are collegiate-level students who are initially confident in their abilities as readers. As such, they should be regular perusers of periodicals such as The Economist, Scientific American, The New Yorker and National Geographic. During their LSAT preparations, they should continue of course to read for pleasure (with a more critical eye) as we have advised here before. … END_OF_DOCUMENT_TOKEN_TO_BE_REPLACED 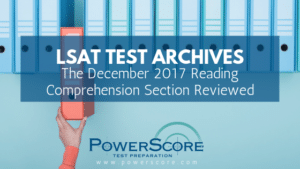 "Forget it, Jake. It's Chinatown." Last Thursday, December 21, LSAC shocked the world with a dramatically early tweet indicating scores for the December LSAT would be released later that day, almost two full weeks before the official date of January 3rd. Over the next fifty minutes or so, news of the imminent score release spread like wildfire amongst December test takers. But then, just about one hour later, as hearts were stopping across the world, a correction. In fact, scores would not be released on Thursday, but rather on Friday, December 22. For many, this early release was a welcome … END_OF_DOCUMENT_TOKEN_TO_BE_REPLACED 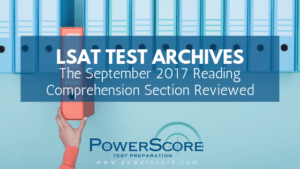 Last week, the results of the September 2017 LSAT were released. The feedback we have received from students has been quite mixed, with only a few consensus observations so far. We previously broke down the Logical Reasoning section of the test last week and the scoring scale yesterday, and will be addressing the Logic Games section in the next couple of days.The September 2017 Reading Comprehension section, while not as difficult overall as the June 2017 RC section, could be seen as more top heavy. Passage 3 was just plain brutal. Not only was it by far the most difficult passage on the … END_OF_DOCUMENT_TOKEN_TO_BE_REPLACED 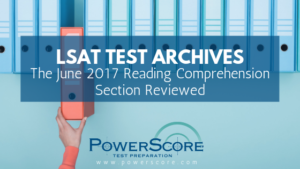 Well, the results are in. Overall, the June 2017 Reading Comprehension section proved to follow the general theme found elsewhere on the June 2017 test: the section was fairly average. While the Psychology passage in Passage 2 was challenging, the remaining three passages were all moderate to easy. There were no big surprises with passage positioning, as the easiest two passages were located in Passage 1 and Passage 3, so most test takers probably found enough time to reach both of them. There were seven questions in each of Passage 1, 2, and 4, while Passage 3 only had 6, for a total of 27 … END_OF_DOCUMENT_TOKEN_TO_BE_REPLACED

Taking notes on Reading Comp passages can be a challenge for many students, especially because RC on the LSAT is so unlike RC on other standardized tests. Most students either forego note-taking altogether in favor of trying to “just get it,” or else they go crazy underlining everything they think might be important somehow.Neither of these strategies lends itself to the evidence-based approach you should be taking to answering the questions. Instead, what you need is a roadmap.Imagine that you are flying to a small town that you have never visited before. You’re going for a job … END_OF_DOCUMENT_TOKEN_TO_BE_REPLACED 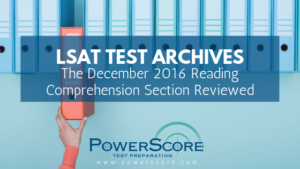 Now that the December 2016 test has been released, we can take a preliminary look at the Reading Comprehension passages and see how they stacked up compared to other tests, and see what new twists (if any) they threw at us this time around.Immediately after the test, when the twittersphere lit up with all the usual comments and complaints and exclamations about what students around the world encountered, all the talk was about the Logic Games section (“The third game took so long!” “What the heck was with that fourth game, and would someone please kill me now?”) and a few specific Logical … END_OF_DOCUMENT_TOKEN_TO_BE_REPLACED

Today's LSAT Forum Post of the Day is a response to a student who began experiencing score regressions in both the Logical Reasoning and Reading Comprehension sections after studying for a few months. Our instructors David Boyle and Nikki Siclunov help diagnose what could be causing the regression and offer advice on how to move forward with their prep leading up to test day.Here's a quick preview. Make sure to check out the full thread to read the entire explanation David and Nikki provided to this student:The Forum posts selected for this series are chosen because they have a … END_OF_DOCUMENT_TOKEN_TO_BE_REPLACED

If you’ve ever had the pleasure of reading an LSAT Reading Comprehension section, you may have noticed that the passages are not necessarily intended to delight and amuse. Even if you are an avid reader, they can be very challenging, because the passages are not written or chosen for clarity. Unlike newspapers and magazines, whose writers do their best to be clear and direct, the makers of the LSAT aren’t trying to sell you their passages— because you will be a part of their captive audience either way.The test makers have found several ways to make LSAT reading passages difficult. They … END_OF_DOCUMENT_TOKEN_TO_BE_REPLACED 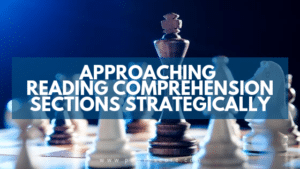 Approaching the LSAT Strategically Series: Part I, Part II, Part III There is a fundamental truth about test takers when it comes to the LSAT: everyone is different. That is, everyone who sits down with this exam will have unique strengths and weaknesses, likes and dislikes, and ultimately, ways they can optimize their performance in every section. While that certainly affects how it is that people prepare, I think it also dictates how test takers should behave during the actual test. In this three-part blog series, we will look at each of the section types on the LSAT and consider exactly … END_OF_DOCUMENT_TOKEN_TO_BE_REPLACED

Do you have trouble staying focused in Reading Comprehension? It's the one section on the test that is notoriously difficult to improve on. In this Forum post, our resident LSAT expert and content developer Nikki Siclunov discusses strategies for staying actively engaged with the text. If you've ever "zoned out" in RC, this post is for you.Here's a quick preview. Make sure to check out the full thread to read the entire explanation Nikki provided to this student:The Forum posts selected for this series are chosen because they have a universal quality to them. In other words, we’ve … END_OF_DOCUMENT_TOKEN_TO_BE_REPLACED

(To learn more about guessing on the Logic Games section, check out Part I of this blog series. For guessing strategies on the Logical Reasoning section, read Part II. )If you're going to be guessing on any LSAT questions, it will probably be on Reading Comprehension questions. Why? Because there are more questions in the Reading Comprehension section (27-28) than in any other section of the test. Moreover, it's no secret that the complexity of the passages you will be dealing with has increased over the years, with some of the latest RC sections bordering on brutal.While there is no … END_OF_DOCUMENT_TOKEN_TO_BE_REPLACED

What step are you taking today to realize your goa

Can you spot the flaw in this reasoning? Comment b

Follow Us!
This error message is only visible to WordPress admins

Error: API requests are being delayed. New posts will not be retrieved.

Error: API requests are being delayed for this account. New posts will not be retrieved.