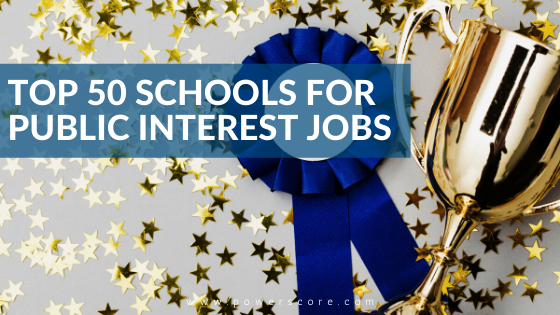 There can be a tendency, on the internet, to focus on a school’s BigLaw + Federal Clerkship numbers (discussed in the first post of this series here). However, many students tend to self-select into public interest jobs. ABA employment reports breakout public interest and government jobs into two different categories. Since many jobs in the public interest are government jobs (i.e., public defender, Department of Justice, etc.) they are included together in this discussion.

Why Does This Matter?

It is also a good idea to check on the quality of a school’s Loan Repayment Assistant Program (“LRAP”) which can assist law school graduates with paying back debt if the student is engaged in public interest employment. Public interest jobs often do not pay well, and institutional support is important in making public interest a viable career choice in the face of debt.

Unfortunately, ABA reports do not breakout detail regarding whether or not these PI/Gov jobs are “unicorn” public service, BigFed or state government, or provide any further information regarding what, exactly, the different jobs the graduates who fall into the PI or Gov categories are actually doing. Just as there is a difference between being employed at a law firm of 1-10 lawyers vs one with more than 500 lawyers, there can be a difference in what jobs people are actually doing in each of these categories.

What Is “Unicorn” Public Interest?

Unicorn public interest are considered “rare” public interest jobs, such as going to work directly for impact litigation such as the ACLU fresh out of law school, or international human rights. These jobs can often be difficult to obtain even for heavily credentialed graduates.

Top 50 Schools for Public Interest, as Sorted by % of PI + Gov

Without further ado, here are the Top 50 schools for Public Interest: 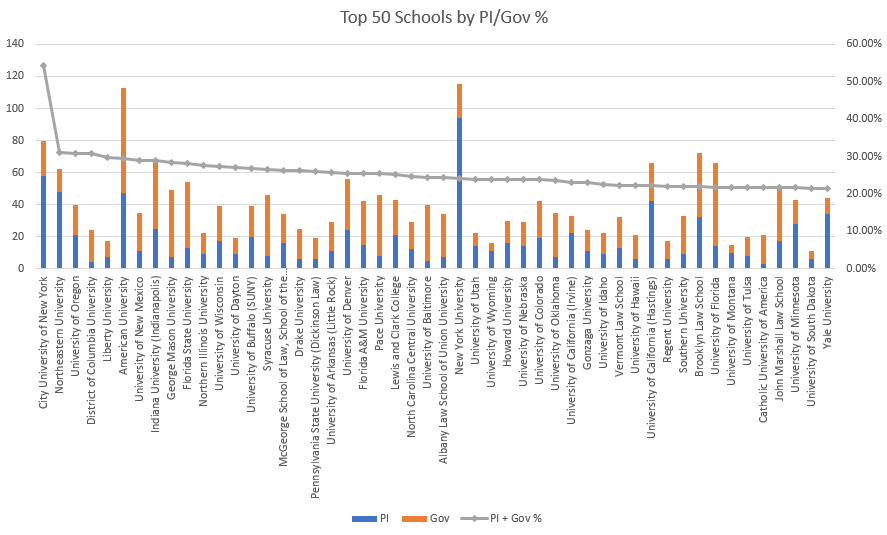