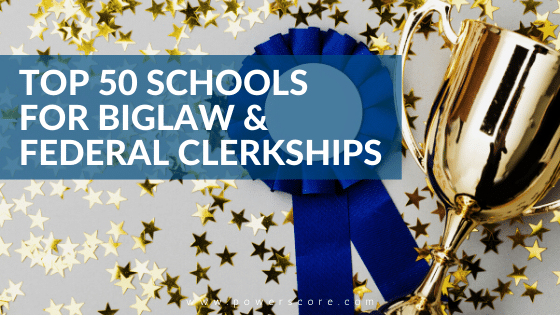 Law school employment reports are out! We’ll be digging into some of the more fun details in a series of posts, but I wanted to start with everyone’s favorite topic: Big Law & Federal Clerkship amounts.

What Are ABA Employment Reports?

Each year since 2010, the American Bar Association has asked law schools to publish employment reports. These reports provide detailed breakdowns of the outcomes for the most recent class as of 10 months after graduation. The reports for all schools can be found here. They are also published on school websites.

In addition, some schools post their National Association for Law Placement, Inc. (“NALP”) reports on their career sites as well, which can provide additional detail regarding outcomes.

Why Do ABA Reports Matter?

In addition, the ABA reports provide information on the top three states where a school places students (i.e., how portable is the degree? Do a lot of people go out of state?). It also shows further detail regarding what people are doing (i.e., public interest, government, law firms, etc.).

There is some minor disagreement about this. Some say it is any firm with 100 or more lawyers. Others say it is only firms with 500+ lawyers. I personally say it is 250+. Per the National Association for Law Placement (“NALP”)’s 2019 salary key findings, there is not a difference in median first year salaries between firms with 250-500 lawyers and firms with 500-700. 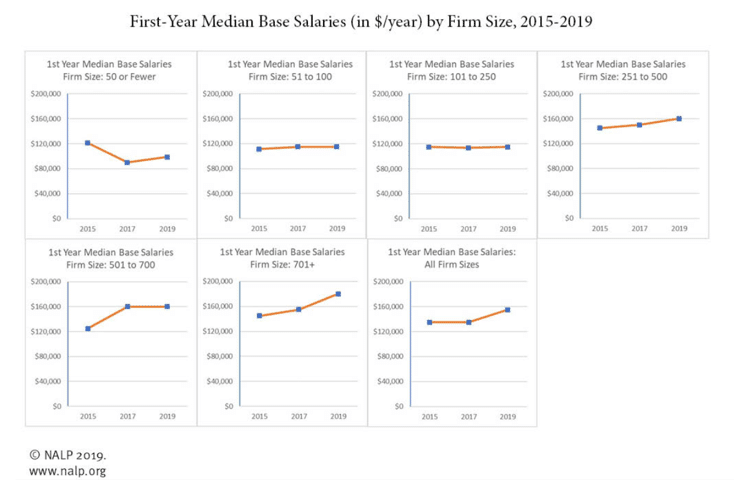 Because ABA reports do not break out how many students go to firms with 500-700 lawyers (instead, only denoting 500+), 250 seems like a reasonable cut-off. However, I included 100+ in the analysis below for clarity purposes.

BigLaw is generally coveted by certain law aspirants for one of two main reasons: money and exit opportunities. Law school can be very expensive, and many try to weigh future salaries against the debt of the education. With NALP’s yearly reminder of the bimodal distribution of first year salaries, the chance to immediately start making a lot of money to pay off that debt can be slim without BigLaw. 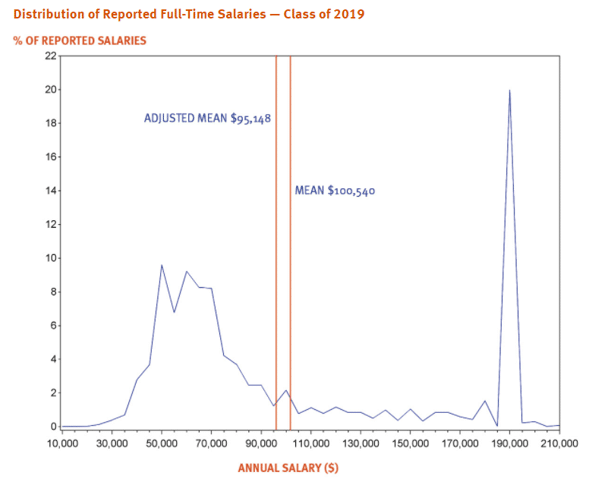 BigLaw can also expose new attorneys to a bunch of different legal issues. This experience can be valuable in the pursuit of later jobs.

What Are Federal Clerkships?

Federal clerkships are prestigious opportunities to work with a district or appellate judge. They generally last around one or two years. Many firms will provide a clerkship bonus to federal clerks who then come work for the firm. Clerkships also provide exposure to a lot of different legal items and are a good learning experience that can prepare someone for other opportunities.

Certain judges, most notably in New York, do not take clerks fresh out of law school, instead preferring clerks who have already gained a bit of experience, which can cause schools that feed heavily into New York to have lower federal clerkship rates directly out of law school. For instance, only 3% of NYU’s graduating class clerks in a given year, but they have an ultimate clerkship rate of 20%.

Federal clerkships are generally considered alongside BigLaw percentages due to high rates of self-selection between the two. Federal Clerkships often lead to very desirable BigLaw careers. It is important to note that some students self-select out of BigLaw and Federal Clerkships to pursue other opportunities directly, especially if the school they are attending has good support for public interest careers and a viable Loan Repayment Assistance Program (“LRAPs”). Schools with strong public interest/government employment rates will be discussed in part two of this series.

So, without further ado, here are the top 50 schools for BL + FC placement, as sorted by percentage of the class. 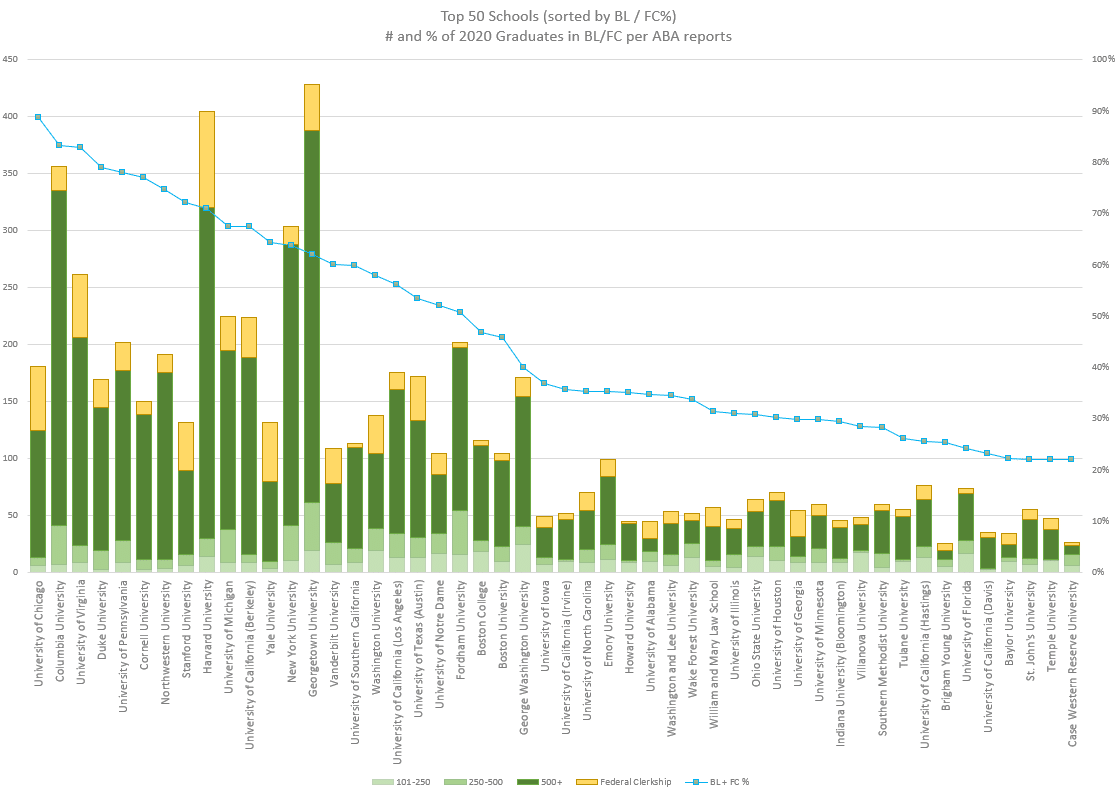 The number of graduates is included for reference and is broken out by firm size for clarity. The schools are sorted by the percentage of the class that ends up in BigLaw and Federal Clerkships instead of number due to the differences in class sizes.

The ABA employment reports have a wealth of data that is important to consider when figuring out where to apply or attend. I’m excited to go through that data with you! Until next time.