You are here: Home / Law School Admissions / The Diversity Rankings That Almost Were

As you may have heard, USNews originally intended to release new “diversity rankings” with the 2022 Law School Rankings. The diversity rankings were to be stand-alone rankings that analyzed a school’s demographic break-out and rated schools on how diverse they were. However, due to several controversies (discussed on The PowerScore LSAT PodCast), these rankings were delayed until a later date. But what would those rankings have looked like?

Because ABA 509 reports include certain data with regards to a school’s breakout, we can get a sense of how these diversity rankings might have appeared. Below we have used the 509 data to analyze the diversity factors that US News was tracking, and then placed schools into a ranking based on diversity %.

Demographic Breakouts for the T100 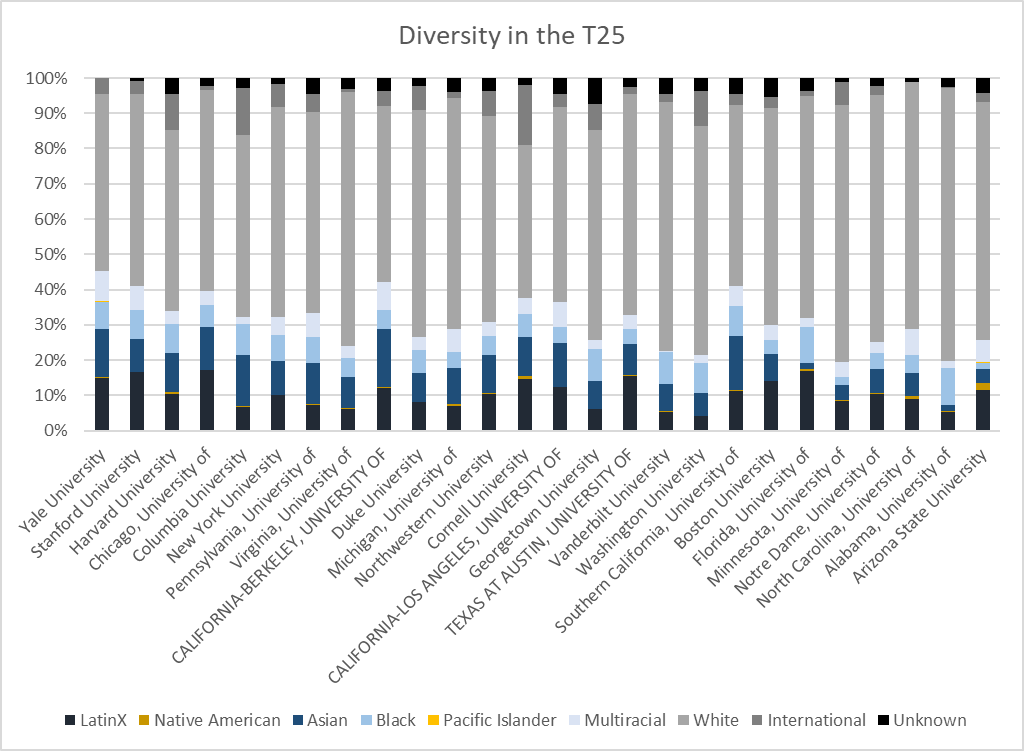 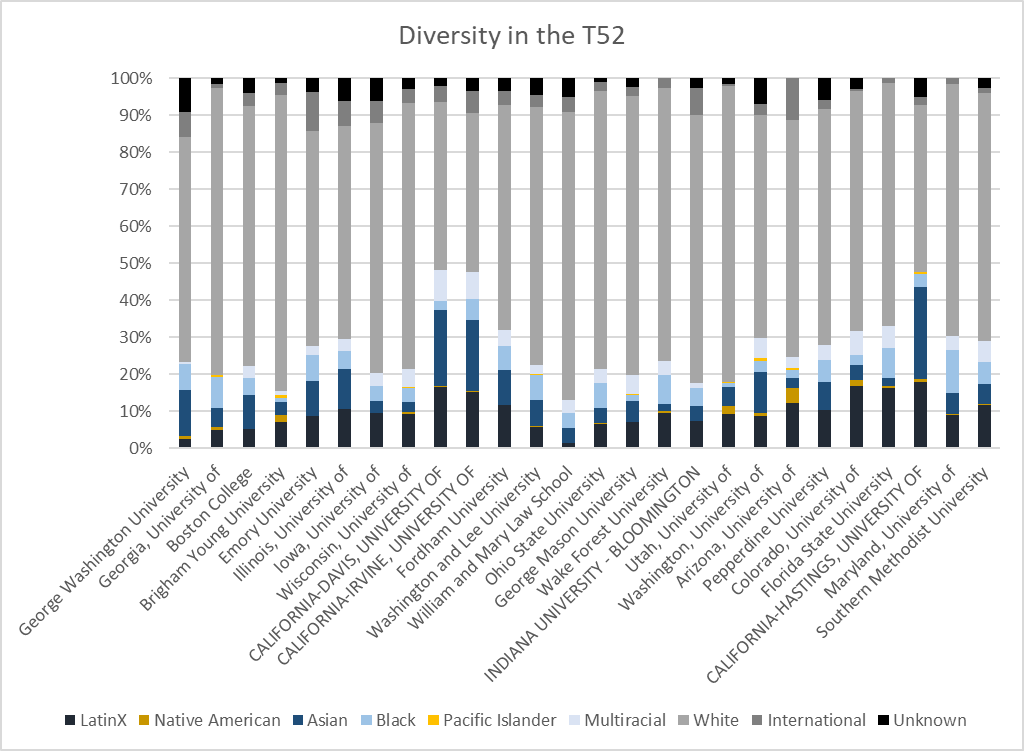 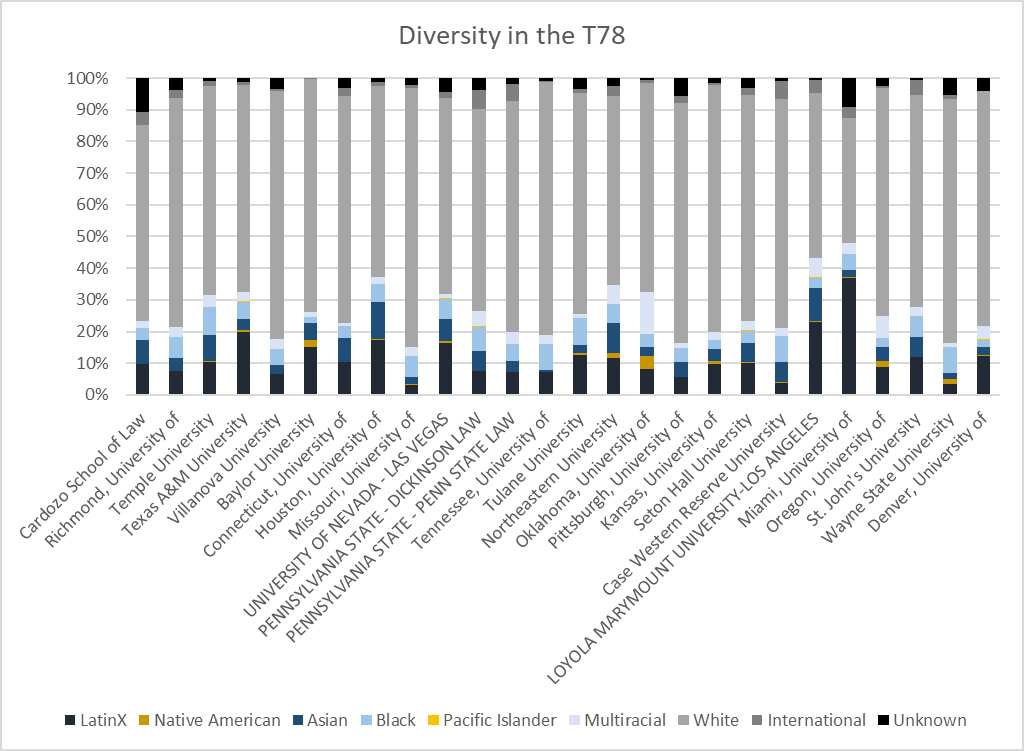 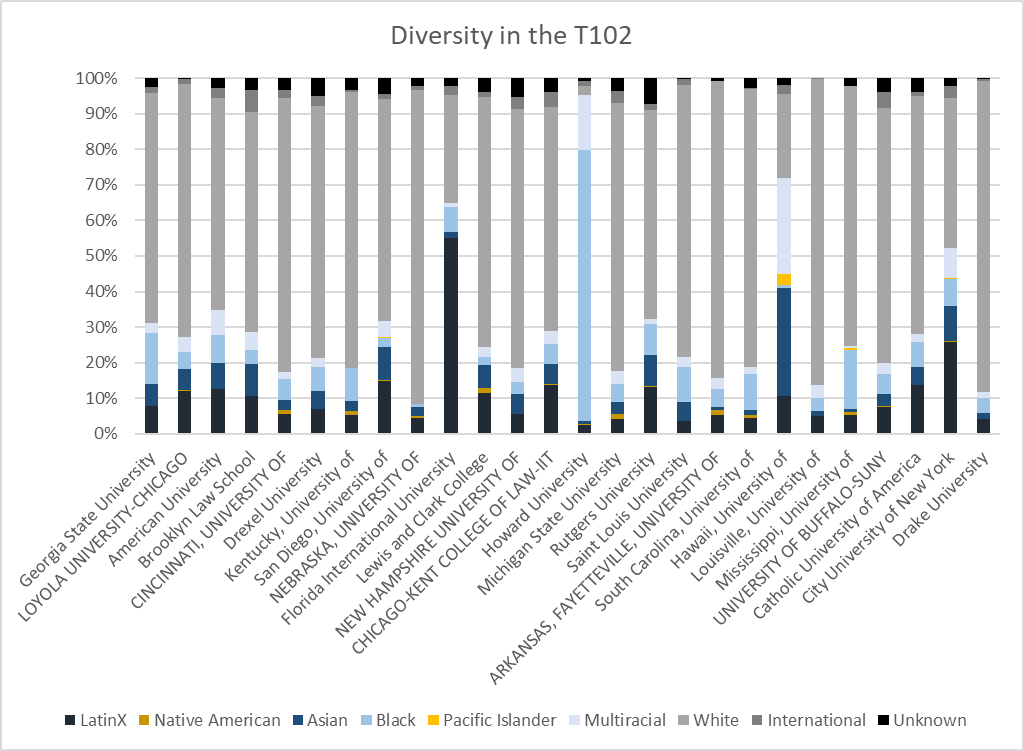 Note: the 509s do not include detail on the demographics of international students, and they include Middle Eastern/North African students as white. However, it is the information we have available.

Ranking by % of Diversity

All of the above can be ranked, and here is what the schools would look like if re-ranked by % of diversity (international students are included in diversity for purposes of this table). This ranking is not identical to the US News rankings, but likely has great similarity: