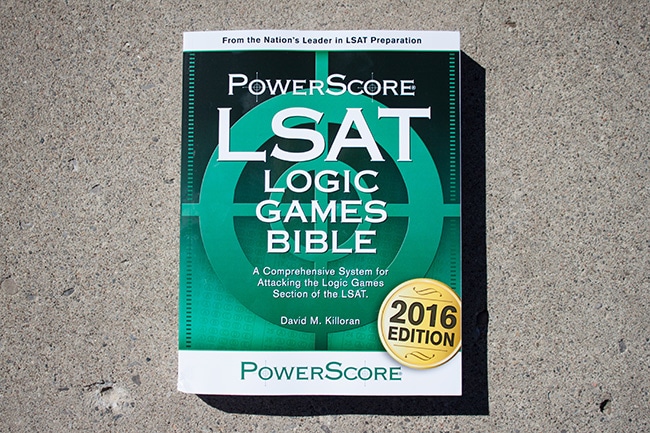 Every year, we release an updated version of the LSAT Logic Games Bible, including the 2016 version.  We do this to account for changes in the test, to expand and clarify certain explanations, and to add new and refreshed content in order to keep the books as useful as possible. Because of the extent of these yearly changes, one of the most common questions we get each year is: can I use an LGB from a prior year to study for this year’s LSAT? Sometimes the answer is yes, and sometimes it is no. This year, the answer is no, so please allow me a moment to explain why.

First, if you’ve bought a new Logic Games Bible in the past several months from us or a major retailer such as Amazon, you should already have the 2016 version. We typically begin shipping the newest version of the book as soon as it arrives so that students automatically get the most updated version. However, with the prevalence of other channels such as eBay and Craigslist, sometimes students end up with older copies. If you have an older version, there’s nothing “wrong” with it, and the advice therein won’t hurt your score. When we release new versions, what we attempt to do is make them easier to use and more comprehensive. The newest version is always the most optimal vehicle for learning Logic Games, and the revisions I make are partially based on student suggestion, so each year the books get easier and easier to use.

In some years, the changes are very noticeable (for example, in the 2013 version, I added 228 pages, creating a very different book). The changes to the 2016 version are equally noticeable, but less so due to content additions. This year, we made extensive changes to our Sequencing Diagramming approach, a change that we made at all levels of our LSAT preparation, including our courses. I’m going to first explain the nature of the changes, and then discuss why we made them.

For years, we’ve used a sophisticated sequencing approach that featured the “>” symbol. I didn’t use this symbol to convey numerical value, but rather to convey items that were to the left or right of each other. Thus, J > K simply meant that J was to the left of K, or that J appeared earlier in the lineup. The “>” symbol was a great tool because everyone knew that “>” meant relative positioning, and so it made it easy to understand that if J was second, then K could be third, or fourth, or fifth, etc; in other words, that J and K would move relative to each other. Over the years, we added some additional symbols in order to account for testing wrinkles that LSAC added to the test, and created a system that was extremely comprehensive in its ability to capture sequencing relationships.

However, the LSAT isn’t static, and in the last year or two, I’ve noticed LSAC doing something different than in previous years. They started creating Sequencing games that relied far more on variables that are common to multiple chains but aren’t fixed in position. Previously, they rarely did this, but in order to combat this change, I felt we needed to refine our system. And so we did, transitioning to a new representation for Sequencing rules that I feel can better account for this uncertainty and complexity. We obviously tested this system out prior to implementation, and the returns were excellent: students felt more comfortable and they were better able to handle some of the tricks LSAC was throwing at them. However, this meant changes on over a hundred pages of the LGB, and in multiple chapters of the book. Hence, the 2016 version looks and feels different than any prior version.

Some students have asked me if this change on our part is unprecedented. Not at all. The battle between test makers and test preparers has been going on for years, and we make changes all the time based on things they do. That won’t change, but it highlights one reason why I feel that the most up-to-date versions of our books are so important to have: they contain the most cutting-edge materials available, and they give you the best possible opportunity to destroy the LSAT.