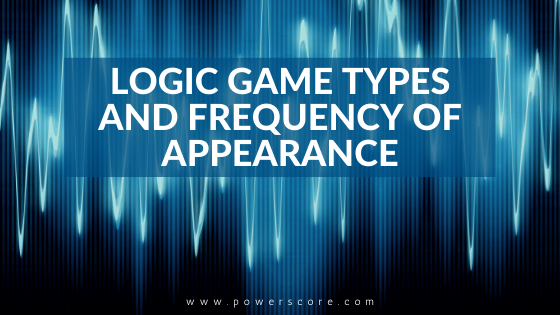 Anyone preparing for the LSAT is well aware of the unique difficulty presented by the Logic Games section. What is occasionally overlooked is that certain concepts are far more critical to success than others. That is, specific game types and ideas routinely appear and regularly serve as the basis for the entire section. Other outlier notions are tested so infrequently that they deserve far less attention.

To help you best prioritize your studies, we’ve put together a classification count1 for the released logic games from June 2007 through the May 2020 LSAT. If you’re counting, that’s a total of 160 games. Review the comparison of frequencies from 2013 to the present relative to 2007-2020 to discover the more recent trends and tendencies. The final piece is a breakdown of advanced features such as Templates and Numerical Distributions.

Use these lists to guide your efforts as you anticipate what’s most likely to appear on test day.

A quick glance at this table reveals that Linear and Grouping games dominate. 91% of the games appear as either Grouping, Linear, or Grouping/Linear Combination. The total is 97% if you consider that Pattern games are also Linear in nature. So anyone learning games would obviously be well-served to gear their prep towards Linear and Grouping concepts. These occur on every test and are by far the most frequently appearing game types.

You can also see that strict Linear games are being tested somewhat less frequently these days, in favor of Grouping and, in particular, Grouping/Linear Combination games. This is not surprising as the combined grouping and linear elements generally make for a more challenging construction than games featuring only linear ideas.

Further, given the reappearance of Pattern games—one in each year from 2014-2016. It would be wise to review the three most recent examples and ensure that you’re comfortable with that type on the off chance another one is presented on your test. Ditto for Circular and Mapping, although you’ll have to go back to the 90s and early 2000s to find instances of those. A full list is provided here.

Within certain game types, further analysis is helpful. Linear games can be divided into two types—Basic and Advanced. While the two appear nearly as often as one another, Basic Linear have been slightly more common over the last decade.

Some of the more advanced game concepts and techniques specifically addressed in the PowerScore LSAT courses also appear quite frequently.

Over 30% of games require an advanced approach such as Identify the Templates or Identify the Possibilities. Over 20% of games feature a challenging element such as a Numerical Distribution. These high rates of appearance put an unprepared test taker at a severe disadvantage. So again, it is imperative that you learn how to handle these higher-level concepts before test day!

The takeaway here is that there are no guarantees as to exactly what you’ll encounter on your LSAT. But you can reasonably anticipate the concepts most likely to appear and thus structure your prep accordingly! In other words, the LSAT is not a collection of random ideas. The test protocols dictate that certain concepts must be tested regularly. An understanding of those patterns allows you to direct your studies in the direction that will bring the greatest reward.

Master the fundamentals of linearity and grouping, as well as the more complex techniques of templates and distributions. Then you’ll be ready for anything the test makers throw at you!

Questions or comments on the LG section and its most recent trends? Let us know below or via email at lsat@powerscore.com!

2The game counts are only for released LSATs, and thus do not include the Circular game presented on the February 2014 test. That game also reappeared on the July 2018 exam.
3Note that we classified game 4 from September 2016 (the infamous Computer Virus game) as Linear/Mapping. I’ve counted it as Linear here since that element was far more impactful than any Mapping features.