You are here: Home / Studying / Get a Grip on your LSAT Prep 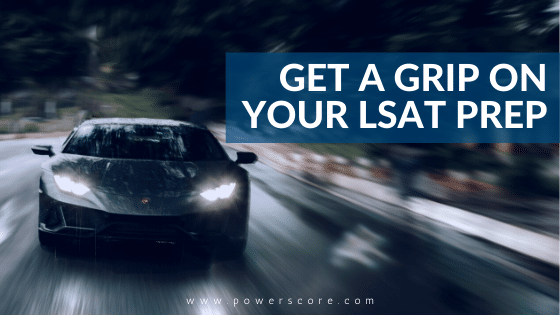 It’s fair to say that we generally think of friction as a negative thing. That’s basically an accurate view in the context of personal and societal relationships. But, friction can also be very useful, even necessary, in other settings. For example, LSAT prep. We’re going to go into how you can adapt the concept of friction to grain traction in your prep and accelerate past the plateau you may be on.

How Friction it Works

Friction, the force or resistance that opposes the movement of one body or substance against another. Friction between solids is usually caused by irregularities in sliding surfaces, but sometimes by adhesion (sticking) or electrical attraction. Friction between fluids is usually caused by their viscosity (resistance to flowing).
If there were no friction, walking would be impossible and cars would spin their wheels without moving. Friction holds nails and screws in wood, and the operation of all brakes depends on friction. Friction between belts and pulleys is important in the operation of many machines.

In Relation to Your Prep

As How Stuff Works’ explanation demonstrates, we rely on friction in many ways. Especially relevant to your prep is the example of a car’s tires propelling the car. Without friction, “cars would spin their wheels without moving.” If you want to gain traction like a car’s tires gripping the road, you need friction. To gain traction in your studies, you need to apply your effort to the rough spot, not the greased ones. That’s the only way you will gain ground on your target score!

Ever see a car stuck in the mud or snow trying to gain traction? Unless it’s especially equipped, it can’t do it. You can gun the engine all you want, burn up your fuel, and proceed to go nowhere. In terms of the LSAT, this is akin to focusing on the areas you’re already comfortable with. Maybe you like Reading Comp and are good at it. This may tempt you to go at passages all day. It feels smooth! It’s comforting knowing you can do something. You knock back -1 or -2 performances and congratulate yourself on how well you’re doing. The trouble is, you’re just spinning your wheels. This doesn’t improve anything but your stamina. Worse yet, you’re wasting time and energy, building false confidence about your level of preparedness.

To really make a difference, focus on the areas that are rough ground for you. Where do you meet the most resistance? Where can you stand to gain some traction? It’s going to be difficult and you will likely feel discouraged at first. But, eventually, if you keep at it you will get better. Chances are you won’t score a 180. You may not crack 175 or even 170. We can’t guarantee that you’ll understand everything about the LSAT perfectly and perform flawlessly.

What we can promise is this. If you study only what you know, you never learn anything new. Lose your fear and challenge yourself! Seek out that rough ground and tear it up! It may be hard at first, even painful. But then, there will be a moment when it finally clicks. Don’t deny yourself that exquisite feeling of beating the LSAT at it’s own game. It’s a beautiful moment when you understand how they try to trick you before you even look at the answer key. That feeling can be yours, and it’s not that far away. But first, you need to gain some traction before you can capture it.