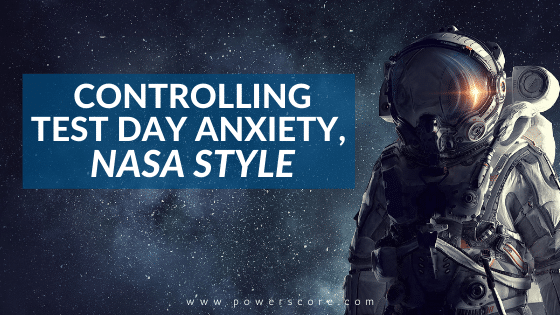 A number of years ago I listened to the National Public Radio (NPR) podcast Fresh Air. They had a fascinating interview with a Canadian astronaut, Col. Chris Hadfield, who was promoting the release of his book, An Astronaut’s Guide to Life on Earth. Col. Hadfield is an interesting guy. From his Facebook description, he was “the first Canadian to walk in space and the first Canadian to command the international space station.”

Col. Hadfield’s interests go beyond work. He lists as personal interests “space flight, water-skiing, flying, scuba diving, [and] playing guitar and bass in Max Q and Bandella.” In fact, he is the astronaut who famously recorded a revised version of David Bowie’s song “Space Oddity,” which has been viewed on YouTube more than 48 million times.

What struck me about his Fresh Air interview was his description of how astronauts are trained to deal with the inherent risks of their profession. He said:

It’s not like astronauts are braver than other people; we’re just meticulously prepared. We dissect what it is that’s going to scare us, and what it is that is a threat to us and then we practice over and over again so that the natural irrational fear is neutralized.

Col. Hadfield described the process used by NASA to help prepare astronauts to overcome their fear:

we…break down: What are the risks? And a nice way to keep reminding yourself is: What’s the next thing that’s going to kill me? And it might be five seconds away, it might be an inadvertent engine shutdown, or it might be staging of the solid rockets coming off. … [We] go into every excruciating detail of why that might affect what we’re doing and what we can do to resolve it and have a plan, and be comfortable with it. …

Certainly, the stakes for an astronaut are more immediate and significant than you’ll ever face (hopefully!) when taking the LSAT. But the lesson we can learn from Col. Hadfield about controlling your fears and anxiety is just as applicable to the LSAT context.

When you decide to take the LSAT, you take on costs and risk. The costs are immediately apparent and easily subject to rational decision-making. There is the cost of signing up for the test, the financial costs of preparation, and the opportunity cost of your time.

The risks are less definable and more difficult to manage. On a meta level, we pile on ourselves expectations regarding our performance. Fears of disappointing family, fears of appearing foolish or inferior if we don’t score well, fears of missing out on a potentially lucrative career field.

On a tactical level, we face a test designed by intelligent and experienced people whose job it is to sort mostly capable candidates by means of nuance and logical misdirection. Students preparing for the test very often develop test anxiety and fear the worst. “What if on test day I get that specific game type that tends to be my kryptonite?” “What if I completely blank out at the start of the test, paralyzed by fear, so that it doesn’t even matter what they ask me?” Some people worry over even mundane fears like, “What if I have to use the bathroom during the test and lose valuable time?”

Ignoring these fears, or pretending they don’t exist, won’t work. Burying your head in the sand only makes things worse. Instead, you need to examine these fears in detail. What are the worst outcomes you could face? If you completely bomb the test, what will happen?

Analyze these situations exhaustively. Determine what your immediate next steps should be if one of your nightmare scenarios pops up on test day. Without dwelling on the negative emotions that you currently ascribe to these situations, visualize them repeatedly until you can desensitize yourself, to some degree, to even the possibility that they could occur. Confront your fears. Develop an action plan. Don’t let your anxiety overtake you. Then you will be equipped to respond systematically to any contingency you may face on test day.