You are here: Home / Studying / The LSAT Never Leaves You (That’s a Good Thing) 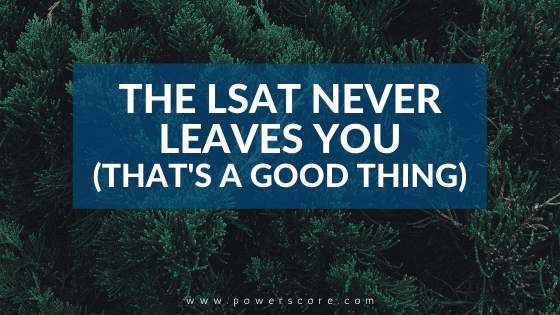 There have been plenty of articles written about LSAT thinking in the real world, and about how LSAT logic is used (and often abused) in everyday life. Those articles are all valid, and interesting, I think! But one thought I want to mention is that the thinking skills you learn while studying for the LSAT will stay with you, and benefit you well into the future.

While I often think of the value of learning LSAT logic when explaining LSAT questions (or arguing with my sister, who could do with a thorough reading of the Logical Reasoning Bible), what specifically triggered that thought was an advertisement I saw recently. It popped up on my phone while I was playing Words With Friends. While I usually ignore ads, this one caught my attention because of the lead line.

“Nothing’s proven to help you get a better night’s sleep than Advil PM.”

Serious LSAT addicts may recognize that this wording (and even the context) is eerily evocative of a line from the famous October 1991 LR question about Danaxil.

Your Thinking Has Evolved!

The point here isn’t that ad writers are trying to trick you (though, of course, sometimes they are). Rather, the type of thinking that the LSAT demands is the same type of thinking that will serve you well as you progress through life, whether as a lawyer or otherwise. The ability to understand what is being said and how words are being manipulated is a skill. It’s something that you can learn, and something that will help you going forward.

Have any other examples of LSAT flaws or tricky language in real life? Please post them below in the comments!