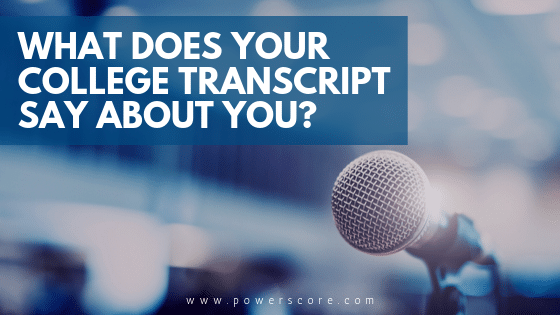 One of the most important parts of your graduate school application is your GPA. Combined with your GRE score, they hold the greatest weight when it comes to how likely you are to get into a particular school. Unlike your GRE score, though, your GPA has another facet to it: your transcript. Whether your transcript has a positive or negative effect on your application, however, depends on what’s on it.

Keep in mind that not everyone’s transcript will be scrutinized. Those most likely to have their transcripts looked at fall into a few categories.

If your GPA is a 3.5 or above and your major is in something that is directly related to the field you want to pursue in your graduate studies, your transcript is likely safe from scrutiny. For all others, there are five areas that will likely go under review.

Those that start off with strong grades that get weaker may be saying that you can’t handle more advanced courses. This is because the typical college student starts off with easier, general courses and finish off with harder courses.

Those with grades that are weak at the start but get stronger have a good case to make about their potential and maturity. You can easily explain why you had a hard time initially and rallied to excel when it mattered most. When the classes were tougher, sections smaller, and material more advanced, you got your act together! This looks much better than those with a downward grade trend since the highest grades are the most recent.

In the event that you have weak grades that never get better, you have a lot of explaining to do. Hopefully, you have a GRE score that belies these grades! Or, perhaps you pursued a major that is known to be objectively difficult and preferably at a university that has a reputation for being exceptional in that field. Keep in mind that neither of these makes the transcript look better. After all, a low GPA is a low GPA. If someone comes along with a higher GPA in the same discipline, they are looked at much more favorably. It may, however, take some of the edge off. However, a weak GPA is never a good thing, no matter how many reasons you can point to for it. If law school is your eventual goal, then aim for a 3.5+. No real two ways about it.

If your grade trends are all over the place, you probably have it worse than any other trends we’re going over. If there is no true trend, it can be taken to be an unknown quantity. There’s no rhyme or reason for your performance—sometimes you do well, sometimes you don’t. Class types, subjects, times of the year; none of these seem to make any difference or create a pattern. Grad schools might look at this grade trend and wonder which student they will get. If you fit in this category, especially if it’s in conjunction with a less-than-stellar GPA, address it in an addendum.

There are some who say that it doesn’t matter as long as you get that coveted 4.0 GPA. We believe differently and think that an ‘A’ in clearly easy class will not look like an ‘A’ in one that is known for its complexity. Professors often read grad school applications! Believe us when we say that they’re likely to judge a person’s academic prowess and potential on course difficulty.

There’s a lot of chatter about what you should major in if you’re planning on going to grad school. Although many will say that a student must major in the field that they eventually plan on getting a Master’s or Ph.D. in, that’s not necessarily the case. Though, note that it certainly does help since it shows an interest and prior experience in the field. On the more general end of things, any major that is reading-, research-, and writing-intensive is good, even if it’s not exactly within the field you want to get an advanced degree in. That said, keep in mind that, if you’re a Chemistry major pursuing a History graduate program (or any similar dichotomy) you will have to present a strong statement of purpose. Admissions will want to know why you are suddenly and radically switching gears.

On the other hand, much like with class selection, those that take the painless way out major in the super-easy just for the sake of an easy “A” may also be looked upon not as favorably. Above all, grad schools want to see that you can handle the rigor of law school classes, and that you are ready for the academic intensity that they will entail. Yes, your major should be interesting and easy for you to be engaged in–but it should also speak to your academic potential.

On the other hand, if you’re overall GPA is a good one, but your major GPA is poor, that may say that you lose interest in delving deeply in a subject, and that you do better when you have multiple subjects to choose from and study at once. While that might say wonderful things about your personality, it may make law schools a little leery–law school is about advanced study in a single field. If you haven’t shown that you can focus intensely on one subject and succeed in it, what will happen when you have to study nothing but law for three years?

Grad schools accept students from many and sundry undergraduate institutions every year. While the pedigree of your undergrad will come into play a little, it is not the end-all-be-all of your transcript or your academic story. Where you come from doesn’t matter as much as how you did when you were there. Instead of worrying about the relative “prestige” of your institution, worry about doing well in your classes while you’re there. 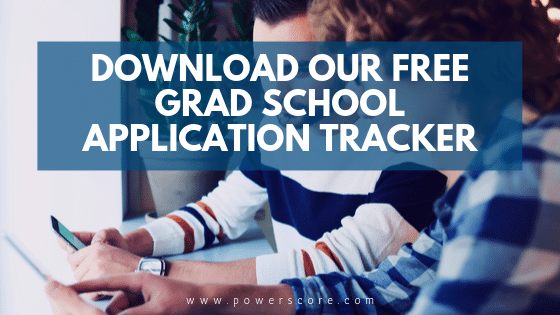