You are here: Home / College Admissions / 3 Common Myths About College 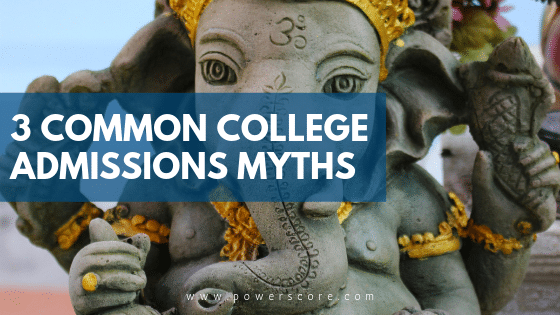 When it comes to college, everyone has their own ideas of what it will be like, what they will do, who they will meet, and how it will all go. There are a few pervasive myths that many college hopefuls seem to hold on to once they here it. Let’s take a moment to debunk a few of them.

Myth #1: You have to know what you’re majoring in before you start college.

Nope. Lies. Although it’s great to have an idea of what you might major in before you start college, it’s not necessary. You don’t have to have your entire academic future before you step foot on campus. Chances are you’ll change your mind once you get there. It’s not uncommon for students to go through several majors before making a final decision.

Don’t panic if you don’t know what you want to major in! Freaking out because you’re afraid you’ll change your mind once you get started with classes will get you nowhere. Instead, do this.

Myth #2: College is all about partying.

Parties are fun, but they won’t pay the bills. Skipping homework to go to a dorm room bash might be fun, but it can have consequences. When the morning comes and there’s a pop quiz on the material, you’ll probably wish you had done the reading. Sorry, but unfortunately pop quizzes aren’t a college myth. I hate to break it to you, but there’s also no way you’ll be able to party until 6am and go on to score an A on a final exam at 8am. These are all urban myths that have been propagated by college students to make their lives sound more interesting.

College is about studying, learning, and getting to know yourself. Parties are certainly a component. But they’re not, nor should they be, the biggest one.

Myth #3: You have to participate in everything, or you’re missing out.

During your first semester of freshman year, you’ll be bombarded with invitations, emails, and flyers encouraging you to participate in every club and organization under the sun. Student newspapers, acapella performers, D&D groups, student societies, so many activities to participate in! Everything will sound enticing and awesome. You’ll want to be a part of everything! If you’re not, you’ll worry that you’re missing out.

Thankfully, nothing could be further from the truth. You can’t participate in everything, so pick out which groups really interest you. If you want to spend a couple of months trying out different groups, go ahead! Narrow it down to the couple of groups you actually see yourself enjoying and set the rest aside. Your schedule (and sanity) will thank you for it later.

What are some things you’ve heard about college life that you think are myths? Also stay tuned for Part II: 3 Common Myths About College Admissions!