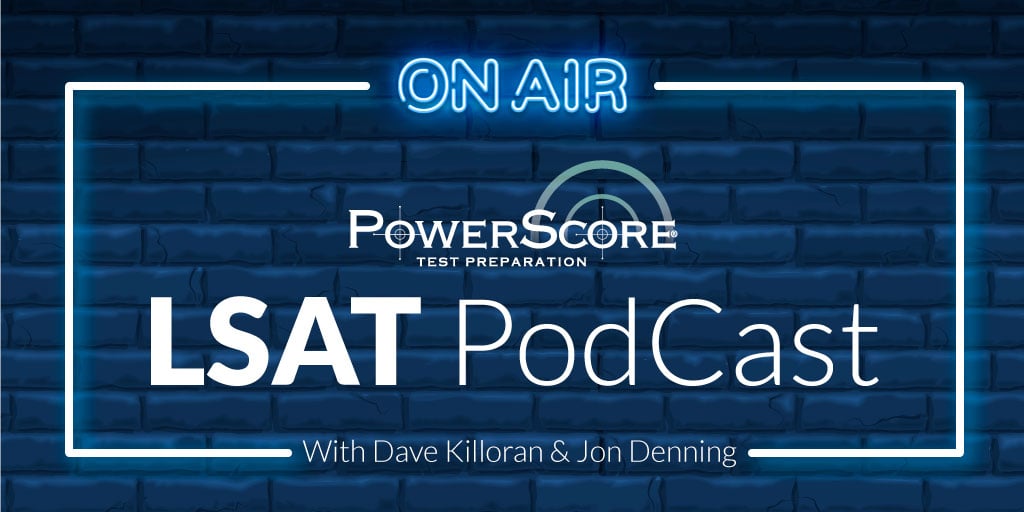 In Episode 4, Jon and Dave turn their attention to Parallel Reasoning questions—one of the most challenging and time-consuming question types in the LR sections—and outline the most effective techniques for solving them. They follow this conceptual discussion up with a detailed look at two real Parallel questions from the June 2007 LSAT and show you exactly how to apply their recommended solution strategies.

You can find the episode embedded below, but make sure to subscribe/follow and rate/review on Apple Podcasts, Spotify, or YouTube!

0:00 – Intro. As always, the episode kicks off with a discussion of the evening’s cocktails and song choice. Interestingly, in the spirit of Parallel Reasoning, a degree of duality influenced both drinks and tunes, where Jon and Dave are both sipping on Fencepost Wine’s outstanding Red Blend (which just so happens to be made by Dave’s own wine company!), and chose multiple songs for the night:

Blondie’s 1978 Parallel Lines album, particularly “One Way or Another”

5:48 – The first part of our look at the latest news in the LSAT World, including some talk of the recent January LSAT score release and our scale prediction for it, the evolving and much-improved nature of the score release process, and a final reminder to get registered for the March test if you haven’t already (deadline is 2/20 by 11:59 pm EST!).

12:50 – A brief update on LSAC’s latest blog post, and then a lengthier overview of the recent LSAC conference in Albuquerque focused on test security and cheating. “68 percent of undergrad students admitted to cheating… 90 percent thought they wouldn’t get caught.”

20:44 – At last we turn to Parallel questions and begin that discussion with an overview of the question type, the task at hand, and the fears and misunderstandings that plague many test takers.

29:24 – The Parallel Reasoning Elemental Attack is first introduced with an examination of how it works and the dangers that exist in mis-application.

35:14 – Continuing the Elemental Attack discussion, Dave and Jon break down the system’s five pieces and explain exactly how and when to utilize each component. They also note what does NOT need to be duplicated in a Parallel correct answer. To Dave’s minor annoyance as Jon jumps the gun and talks about this notion first.

For a look at the triple-“most” Parallel question Jon mentions (bicyclists in Sheldon), check out the June 1995 (PT 15) LSAT’s LR2 #22, as well as our explanation.

54:11 – Dave runs through the first example question of the evening: June 2007 LR1 #2. We have a discussion of this question on our Forum, as well.

1:09:46 – Jon explains the second sample question of the episode: June 2007 LR 2 #20. And again, we have a Forum discussion of it. There’s also a summary conversation that serves to wrap the ideas covered up, including why Parallel in general is such a critical question type to distinguish yourself from your competition, and where you can find a grouped collection of Parallel for practice. Dave also mentions a question from the November 2018 LSAT that he discussed on our Forum, which you can access here.

1:31:09 – Outro. Be sure to subscribe, leave us a rating, and send us any questions or topics you’d like us to cover: lsatpodcast@powerscore.com. We appreciate you listening!