You are here: Home / LSAT Prep / The Best Places to Take Practice LSATs 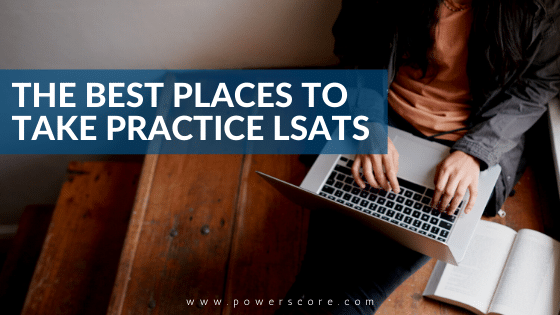 There’s less than a week to go before the LSAT, and students, I imagine yourself included, are in full-on practice test mode. This is a good thing: you need to get acclimated, and timed practice tests are the way to do it. With that in mind, many wonder where they can best replicate the test day experience. Let’s explore some options.

Let me start by saying that nothing exemplifies test day like test day, so we’re really only aiming at approximation. Still, close counts. So what follows is a list of locations that I’ve either personally used, or heard first-hard as useful, for taking timed tests.

I start with the obvious–and “office” gets lumped in as well–because it is, well, obvious. I’d be remiss not to acknowledge the locale most commonly employed. But in this case convenience is a hazard: the point of this exercise is to approximate test day, which by definition is an unfamiliar experience. So your first objective is to place yourself in unfamiliar territory. Get out of the house.

You’ll endure a number of test day-like distractions, most critically noise. So if focus is a concern I’d advise you give a public coffee shop a go…foot traffic is guaranteed. As I often say to students, if you can perform in a Starbucks, test day is a breeze. This is admittedly an extreme case though, so once or twice is probably sufficient.

Assuming you still have access (sorry post-grads), academic libraries are ideal for test taking. There’s general quiet interspersed with occasional, unpredictable interruptions, which is test day in a nutshell.

Yes, they still exist, and not just as restrooms for the homeless. If you have one nearby a public library guarantees privacy with just the right amount of distraction. Win-win.

Here’s one I can speak for from personal experience. I was fortunate enough to wander into a (name withheld) luxury hotel in the early days of my prep, and recognize immediately the potential its lobby held for practice tests. I parked myself at a stray table and was left alone for hours by staff to take a test, while the occasional patron provided enough casual disturbance to mimic a test center.

We’re reaching now, but this is still legitimate. A restaurant booth, provided you can trust the staff to leave you alone to your studies (a heads up and $20 should do it), is also a great place to take a practice test. You’ll have the scattered diners to tempt your attention, while spending the majority of your time in isolation. Bonus points if a friend works there and can ensure you won’t be bothered.

Dark, I know. But hear me out (and as a disclaimer let me note that I’ve never done this). Truth is it’s hard to deny the test site similarities: inside voices, conspicuous self-consciousness, tentative and discreet shuffling, anxiety galore…taking a practice test in an ER waiting room might just be the ultimate proving ground. Should you make a habit of it? Doubtful. Is it worth the occasional Saturday? My money’s on yes. Again, sequester yourself in a corner and get after it.

You’ve got a week to put your skills to the test. Don’t waste it! Venture out, get creative, and take some tests in a new environment. You’ll be glad you did come test day. This is far from an exhaustive list, so…have a novel spot for test taking? Let us know below!