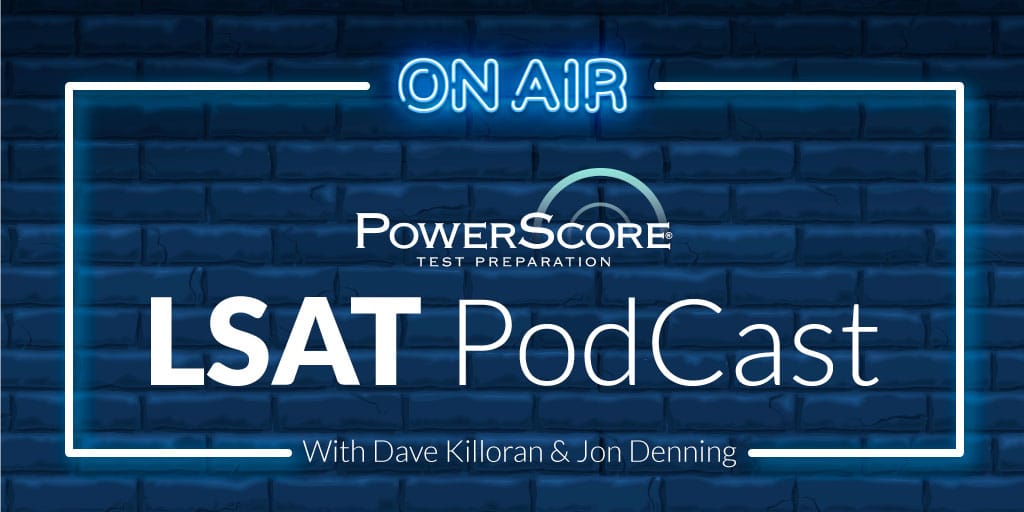 While the March 2022 LSAT proved limited in both popularity and content—fewer than 7,000 people sat for it, and only two test forms were used—it still managed to pack quite a punch for those in attendance! In episode 105, Dave and Jon cover it all: the scored and experimental sections, the relative difficulty of everything presented, their expectations for the scoring scales, and the accuracy of their predictions from their latest Crystal Ball webinar (including its relevance for the upcoming April test).

3:09 – This Week in the LSAT World (sign up for our free LSAT webinars here: www.powerscore.com/freeseminars)

27:13 – The March 2022 LSAT Review: Dissecting all sections seen throughout the March ’22 LSAT testing period, including what was real and what was experimental.

52:24 – Scoring Scale Predictions. Dave and Jon provide their scoring scale predictions for all test configurations seen throughout the week so that students can have a better idea of what to expect on score release day.