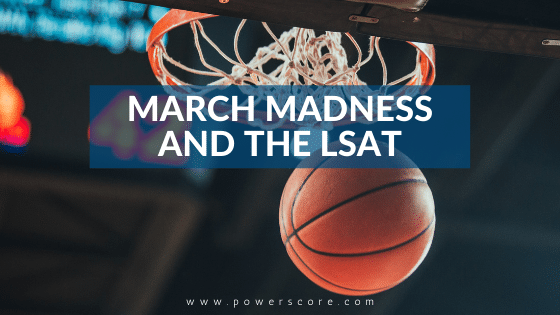 This past week featured two of my favorite events: the start of the NCAA basketball tournament and St. Patrick’s Day. If you are a sports fan and Irish (I’m both), it’s about as good as it gets! And the tournament this past weekend proved to be as exciting as expected: in the first round, there were 10 upsets (defined as a lower-seeded team winning versus a higher-seeded team), which isn’t far off from the historical record of 13. It’s undoubtedly been an interesting and unpredictable start to one of the biggest events on the US sporting calendar.

One reason the NCAA tournament is so engaging is that it pits underdogs versus favorites in a winner-take-all format. And it’s not that the underdogs are sentimentally chosen or that it comes from an arbitrary feeling. The seeding process tells you exactly how the teams are ranked, so when a team like #15 St. Peter’s faces #2 Kentucky, there’s no question that St. Peter’s is the underdog. That’s why it was a huge shock when St. Peter’s won.

The thing that fascinates me about the seedings is that the lower-ranked teams—specifically those ranked #12 or lower—walk in knowing they are heavy underdogs. They know they face an uphill battle against teams that proved themselves over the course of a year as one of the 20 best in the country. It’s a tall order for these lower-ranked teams to win, or even be competitive. And sometimes, those teams are outmatched and the game isn’t competitive at all. For example, #2 Baylor crushed #15 Norfolk State, 85-49. But in many cases, the lower-ranked team seriously challenges the higher-ranked team, or outright wins (the aforementioned St. Peter’s upset, or #12 Richmond’s win over newly-crowned Big Ten champion #5 Iowa).

The Fight of an Underdog

So, what does all this have to do with the LSAT? For me, there are two lessons here. The first is that I know some students walk into the test feeling like they are the underdog and outmanned by the exam. If that’s how you feel, keep in mind that it’s normal to feel like the LSAT is difficult. It is, after all, a very tough exam! The key is that you can’t capitulate to the test; you need to fight the exam tooth and nail, and never give up. You have to stay calm and believe in yourself, and if you do, you can pull off the victory just like #12 New Mexico State did over #5 Connecticut. Or, as Drew Timme so eloquently put it after Gonzaga overcame a dogged Memphis team, “whether we lose or win, we’re not going out as no, uh, soft guys.”

The second lesson is on the opposite side of the first lesson, and that is that you can’t ever get overconfident. You have to believe in yourself, but don’t ever assume that it will come easy or that you won’t have to work hard for it. Prepare for every possible scenario that might occur on the LSAT (both positive and negative), and stay cool if you run into a problem. Don’t let a minor issue turn into a major breakdown! In the tournament, the lower seeds have nothing to lose, and all the pressure is on the higher seed. And sometimes, when the going gets rough, you see those higher seeded teams fall apart. I’m looking at you #1 Baylor.

Make sure that when the pressure is on, you stay strong and control the situation as best you can. That will give you the best possible chance of getting the result you want.