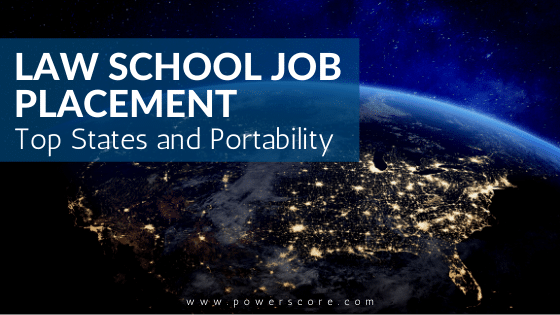 The ABA job reports show an important facet of outcomes: job locations. The location information can have a big effect if you have a preferred city where you want to work. In these cases, than recruiting networks of many schools matter more than their arbitrary ranking. For instance, it doesn’t necessarily make sense to go to #25 Alabama if the only place you’ve ever wanted to live or work is Seattle; #45 University of Washington might be a better option, placing many more students in the state. So, when making your school list, it is important to think about where you want to end up after graduation.

The ABA employment reports only show the top three states; the light gray box marked “other” are students employed in states other than the school’s ABA report’s top three. The gray box can be a very rough proxy for “portability” i.e., how the school fares outside of its three largest markets. A large amount of “other” means that students end up relatively regionally diverse.

Each school’s hometown is included as a reference point; some school’s home states don’t even crack their top three, which can also indicate high “portability” out of the state.

The charts below also have “not employed” boxes in dark gray. This includes both unemployed (seeking) as well as unemployed (not seeking); in addition, the “not employed” boxes include anyone who is seeking additional education, had their start date delayed more than 10 months, or “unknown.” “Not employed” is not the same as “unemployed”; it just means that there is no location data for these persons, as they were not in the workforce at the time the reports were released.

Without further ado, here is the location data for the U.S. News and World Reports Top 40 Law schools: 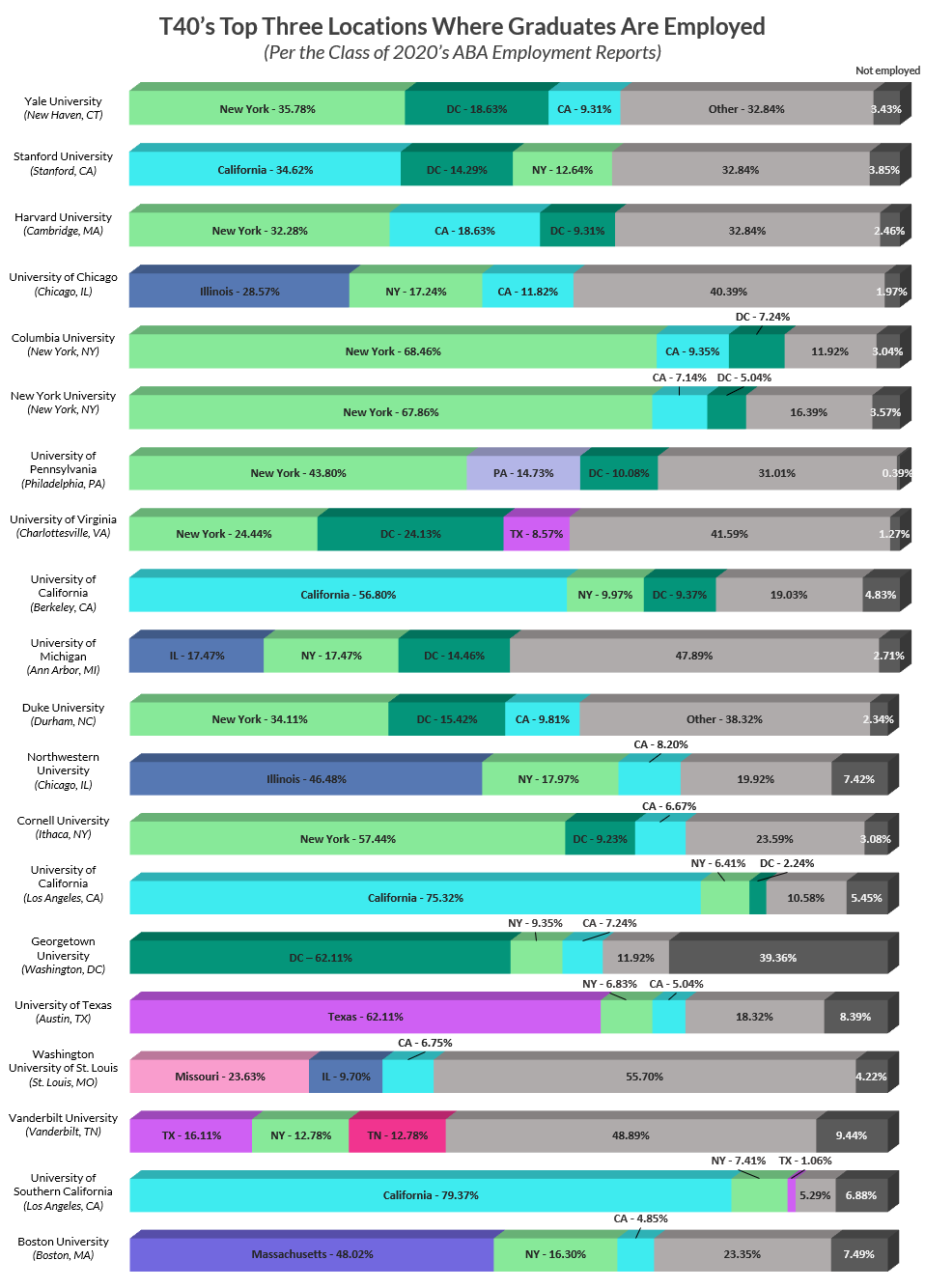 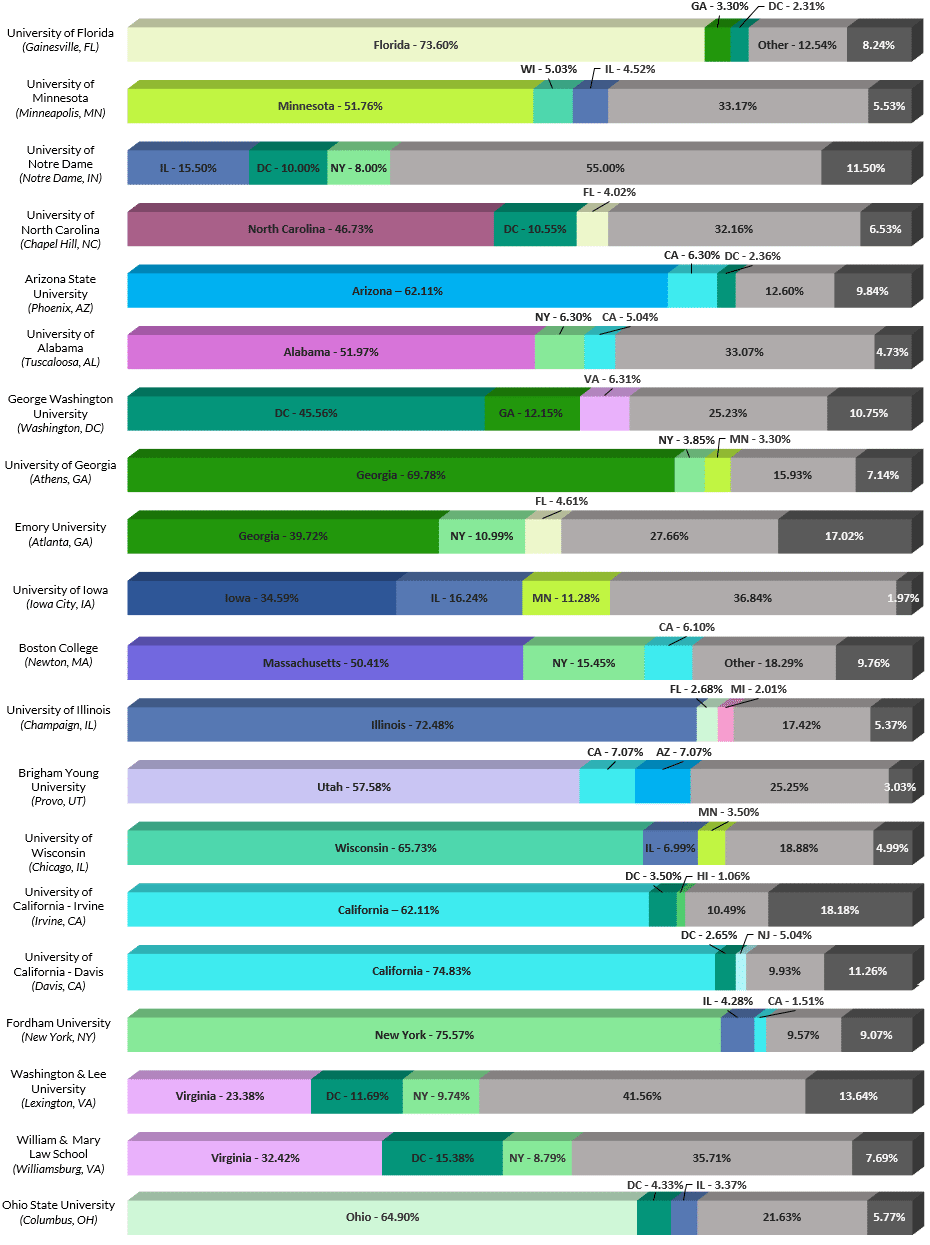