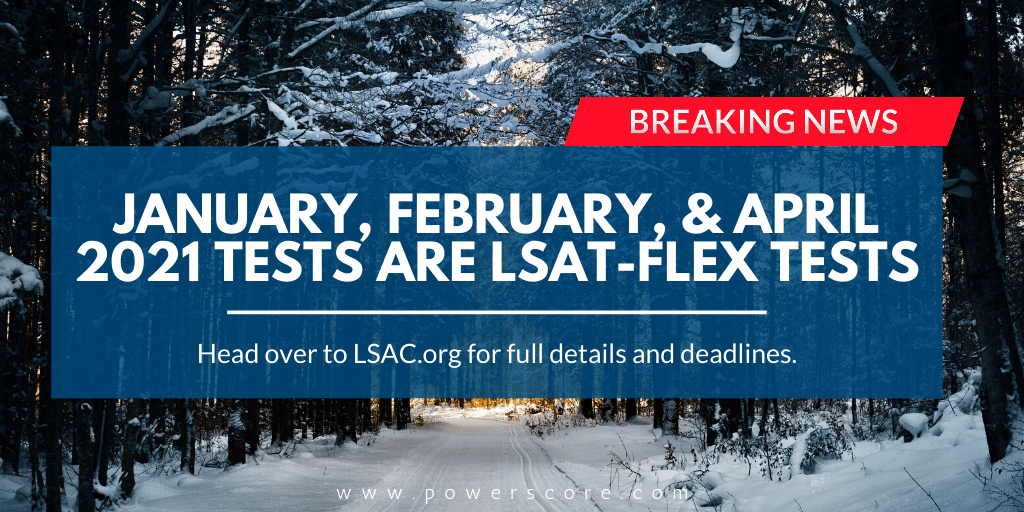 LSAC has just announced that the January, February, and April 2021 exams will all be LSAT-Flex, confirming our suspicions that the Flex format will continue to feature well into the coming year.

The test start dates of January 16th, February 20th, and April 10th will remain the same, with tests offered primarily on Saturday and Sunday at the start of each testing week (additional days will be made available, as needed). The registration deadlines are December 2nd, January 6th, and February 24th, respectively. The option to select your test day and time should go live on/around January 4th for the January LSAT, February 8th for the February LSAT, and March 29th for the April LSAT (about two weeks prior to the first day of testing for each). There will also be international LSAT-Flex options available in January and April for anyone hoping to test overseas.

In terms of test specifics, all three Flex tests will closely resemble this October and November:

Finally, credit to LSAC for again making the right decision on the early 2021 LSATs. And for announcing it well in advance so there’s as little confusion and anxiety as possible. I know not everyone prefers the Flex format, but there’s no denying that this is the safest possible approach, and with 3-6 months’ notice at least there’s plenty of time to get yourself ready. Here’s hoping we get an update on post-April LSATs months ahead of time, too!