You are here: Home / LSAT Prep / Taking the LSAT in Russia 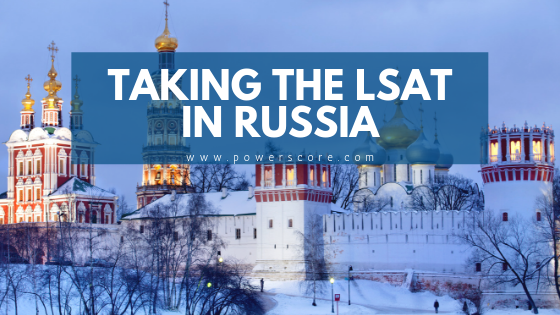 Are you taking the LSAT in Russia? Students take the LSAT if they plan to attend law schools in the US and Canada. However, the test administers across the globe. Check out this post about taking the LSAT abroad.

In Russia, two locations offer the LSAT: The American Center for Education in Moscow and Testing and The International University, also in Moscow. The American Center for Education administers the test in June and the International University administers the test in September/October and December. A complete list of test dates and deadlines is here. Students should know that testing center locations are subject to change. Refer to LSAC for the most up-to-date information or if you have any questions.

If you’re an international student, register for the LSAT as soon as possible, as testing center space is finite. You can register online through your LSAC.org account or by calling LSAC at 215.968.1001.

Unlike the US, all international LSAT administrations are nondisclosed. This means that students will only receive access to their LSAT score, score band, percentile rank, and writing. They don’t include the text or answers in the score reports. In Russia, the use of the LSAT is a relatively new phenomenon, and therefore there are not many on-the-ground LSAT preparation options there. However, there are still many high-quality LSAT preparation options available to LSAT takers there, including PowerScore’s Live Online LSAT courses, On Demand LSAT courses, self-study using LSAT preparation books like the LSAT Bibles, and online LSAT tutoring.