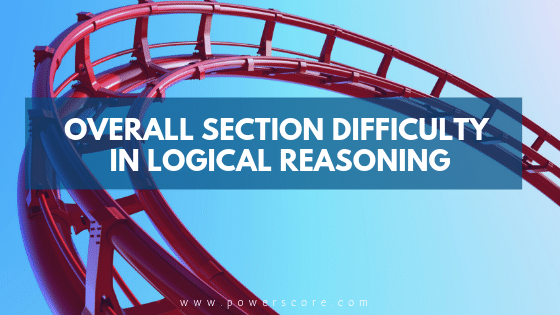 So far in this mini series, we have covered Question-by-Question Difficulty and Individual Question Difficulty. These have largely covered the individual questions within a section on Logical Reasoning on the LSAT. In this post, I am focusing my efforts to discuss overall difficulty in the LR section. Following that, I’ll address how that figures into the creation of an LSAT.

Overall Difficulty by the Numbers

For this, we are using the statistics cited in my previous posts. From there, we have a composite of the overall average difficulty of each section from the four tests under discussion.

Thus, although the typical section does vary in overall difficulty, the average hovers around level 3 (medium difficulty). Furthermore, when a section is unusually easy or hard, the other section offsets the difficulty and acts as a counterbalance. For an example, refer to the February 1999 section numbers above. That test is a perfect demonstration of how section difficulty is balanced.

So What Does This Mean?

Here’s what you should take away from this information. If you encounter an especially difficult section on the LSAT, you’ll likely encounter a relatively easier one elsewhere. Thus, do not get discouraged if you run into a troublesome patch on the LSAT! Chances are an easier section will be around the corner.