You are here: Home / Logical Reasoning / The Genesis of an LSAT Question, Part I 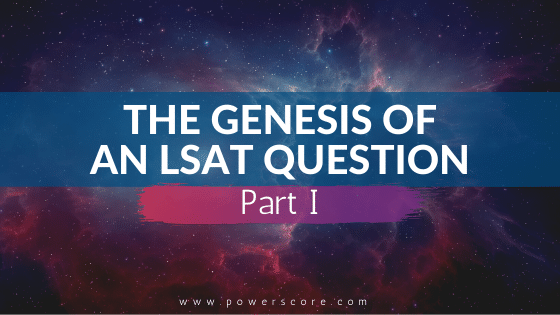 The other day I was reading an article about a town in the US with just two residents. In the middle of the article, the following text caught my attention:

“The 2010 Census found 13 hamlets with one or two residents, including Lotsee, Okla., Gross, Neb., and Bonanza, Utah. About 119,000 people live in towns with fewer than 100 residents, up from 79,000 a decade earlier. Mr. Cantrell suspects the increase is due largely to towns shrinking below the 100-resident mark as residents die between the two censuses, rather than any influx of people into tiny towns.”

While this text would seemingly have no connection to the LSAT, it struck me as a great example of how LSAT questions can be generated (in Logical Reasoning, at least). Let’s consider the text and use it as a primer for how questions come into being.

The first portion of the text section contains an interesting scenario: in the last decade, the number of people living in towns with populations of 100 or fewer has grown from 79,000 to 119,000. The initial scenario itself contains several elements that would appeal to the makers of LSAT: population number of individual towns (“fewer than 100 residents”) vs. the overall aggregate population number of those towns (currently 119,000), the increase in the overall population of the small towns (79,000 up to 119,000), and the contrast between “fewer” and “up from.” Why do these elements appeal to the test makers? Because they are all areas that could potentially cause confusion, and they would require a close reading to understand the shifts in wording and the subtle changes taking place.

The second part of the text contains the portion that would most obviously appeal to the makers of the LSAT: the explanation given for the change is causal, and the cause is not what most people might expect. Upon reading that over the past decade the total population of small towns has been on the rise, the typical reader would assume that this is because more people have moved to those small towns. However, in this instance, the speaker suspects that probably isn’t the case. Instead, due to resident departure (either through death or relocation), more towns now qualify as towns with fewer than 100 residents. In other words, the speaker suggests a totally different cause than the one most readers would assume. This alternate cause is rather tricky and not one that most people would come up with on their own.

So, with an interesting scenario in hand, the test makers now have several options when deciding on the type of question to create. Although any stimulus can be adjusted to fit any question type, the scenario above would lend itself most obviously to a few different question types, namely Weaken, Assumption, and Resolve.

In Part II of this blog post we’ll examine those question types in more detail and see how the stimulus and answer choices might change based on the type of question the test makers choose to ask.