You are here: Home / LSAT Prep / Have You Retaken the LSAT? Here Are Some Statistics for You 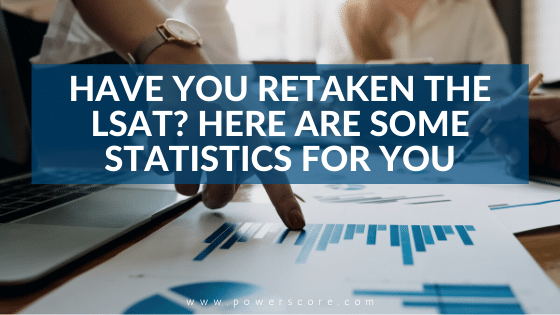 What the Trends Tell Us

This decreasing trend is not all that surprising. As a new test cycle rolls around, most of the people at the start of the cycle are just beginning on the law school admissions path and gearing up to take the LSAT for the first time. On succeeding tests, an increasing percentage of test takers return in an attempt to increase their score (or receive a score if they cancelled an earlier test). The repeat numbers rise as the year progresses, until almost 1/2 of test takers in December and February are sitting for their second or third LSAT. In other words, there are plenty of people in the room taking the test again.

From a scoring standpoint, test takers who repeat the LSAT increase their scores by an average of 2.6 points the second time they take the test, and increase by another 2.3 points the third time they take the test (as compared to the second time). While those are only averages, they suggest that sitting for the LSAT again is likely to bump up your score, and if you choose to re-take the test, you won’t be alone. While it is never fun to contemplate re-taking the LSAT, there can be value in doing so, especially if you are close to some of the magical score markers. Good luck!