You are here: Home / Law School Admissions / The Secret Behind a Stellar Letter of Recommendation 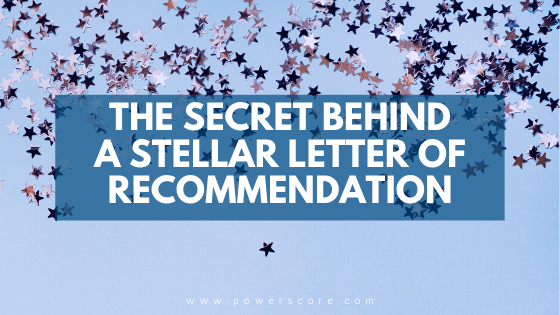 You’re working on your law school applications, do you know where your recommenders are? If you don’t, you should. We see it every year, the poor LOR gets forgotten until the last minute, never getting the attention it deserves. Applicants seem to consider it a painful and relatively useless part of the application. So, why worry about it until the absolute last possible moment? So sad, and so very mistaken! Letters of recommendation, although they won’t likely sway the balance in your favor, it can definitely sway the balance against it. As such, you need to take them very seriously. A bad LOR is like tequila; you don’t think it’s so bad in the heat of the moment, but you definitely regret it the next day.

Why LORs are Important

LORs deserve just as much attention as any other part of your application, for two very important reasons.

Getting the Best Recommenders

First things first, if you’re reading this during your freshman or sophomore year of college, congratulations! You have a leg up on cultivating your recommenders now. As a general rule, the longer the student-teacher relationship, the better the letter. The most important part of a recommendation letter is not about cramming in a ton of positive words. It’s about how sincere a letter is and how much it rings like a personal account of the applicant. The only way to organically achieve this is through a lengthy relationship between the student and the professor. Very rarely can applicants get a stellar recommendation from spending a single semester with the recommender.

What Does a Stellar Recommendation Contain?

Choosing Who Writes Your LORs

Key Things To Consider When Choosing

Who would have thought that a single letter would require so much thought? Just goes to show, no part of your law school application should be taken for granted. Take the time to choose your recommenders carefully and help them craft a stellar letter. You’ll reap the rewards in the long run.