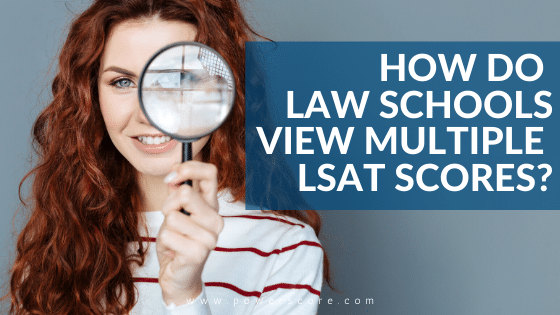 One of the questions a lot of test-takers ask regards taking the LSAT more than once. “How will the law school I want to go to react to more than on LSAT score? Will it hurt my chances?” Having more than once score show up on your Score Report is a source of stress for many applicants. So, let’s shed some light on the subject.

In the past, when applicants had more than one score, schools used to average all of the scores when making admissions decisions. This also effected the report of admitted applicant scores that goes to the American Bar Association. Since the LSAT Score Report includes the average of an applicant’s score, this was easy for schools to do. Then, in 2006, the game changed. The ABA Section of Legal Education & Admissions voted to change its data collection procedures. It now requires that law schools report the highest LSAT score for students that have more than on LSAT score.

This is huge for students with multiple official LSAT scores. While schools can still see every score and the average of those scores, schools now only use the highest one for reporting purposes. If they only report the highest one, it stands to reason that they just might ignore the other scores when making admissions decisions, too. What does this mean for you? Well, it’s good news. Taking the LSAT more than once is much less of a “risk” than in the past. Schools don’t have to report the average of your scores and only use your highest for reporting. To be clear, however, the rule does not require schools to use the highest score during the admissions process. This means schools can still use the average score when making admissions decisions, and some still do.

Needless to say, this was huge for students with multiple official LSAT scores. While schools would still see every score and the average of those scores, the school would only use the highest one for reporting purposes–and if they reported the highest one, then it stood to reason that they just might ignore all the other scores when making admissions decisions, too.

What Do Schools Have to Say?

Okay, so what do law schools say about how they handle multiple scores? Here are some responses.

As you can see, the answer does vary from school to school. Some use only the highest, others take a holistic approach. Some use both the highest and the average! Schools are forthcoming in their policies, both on their websites, and in person. To get an answer specific to the schools you are applying to, check the school’s website! If they don’t list the policy, call their admissions offices and ask.

What step are you taking today to realize your goa

Can you spot the flaw in this reasoning? Comment b

Follow Us!
This error message is only visible to WordPress admins

Error: API requests are being delayed. New posts will not be retrieved.

Error: API requests are being delayed for this account. New posts will not be retrieved.