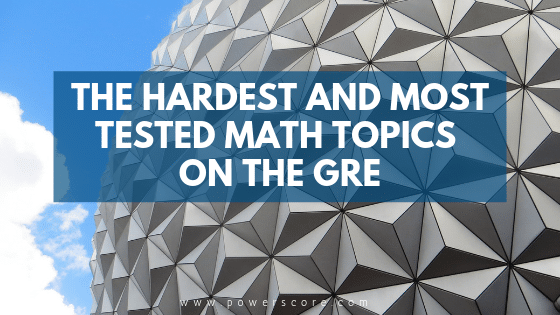 The GRE Quantitative section tests four areas of pre-college math: Arithmetic, Algebra, Geometry, and Data Analysis. Not all four are tested equally. Some of these concepts come up more often, and some tend to be more difficult.

The frequency and difficulty of the “Big Four” on the GRE is probably similar to what’s seen in practice tests and exercises from ETS, maker of the GRE. After all, ETS has a reputation to maintain as a test prep provider, not just as a test developer. So an analysis of official practice materials should give you a good idea of what to expect on the exam.

ETS provides about 500 Quant questions spread across these five publications:

Here’s how to figure out how much of each major math type you’ll likely see in GRE Quant, as well a how difficult each type will probably be. (Don’t worry. I’ve done all the steps for you.)

For steps 1 and 2, I used all five official sources. For steps 3 and 4, I used only the Official Guide and the Practice Book. So, concept frequency is based on about 500 questions, whereas concept difficulty is based on only about 200. 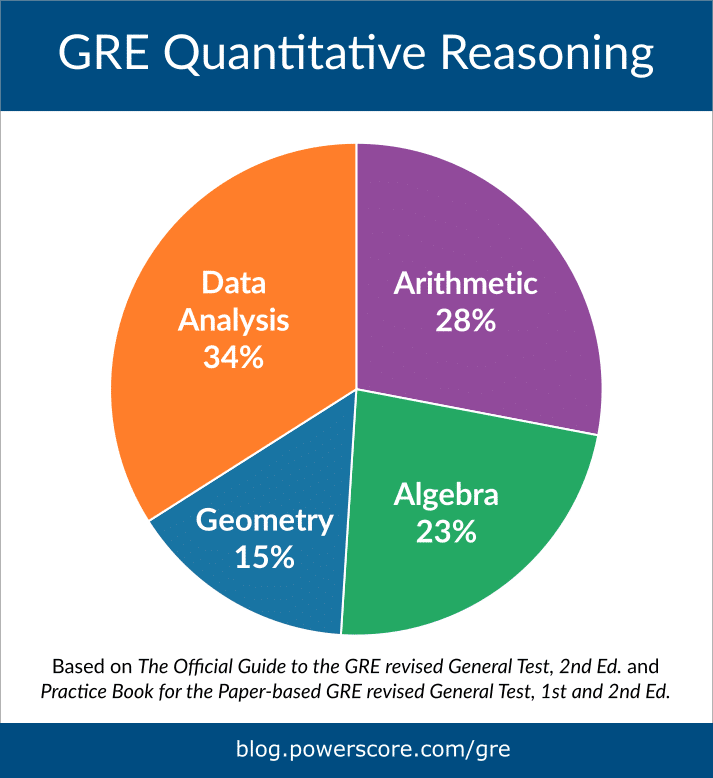 Of course, the “Big Four” are big, broad areas of math. For instance, GRE data analysis includes 4 topics—statistics, data interpretation, probability, and counting—which together yield about 20 distinct subtopics. Some of these more specific types of math can be linked to some of the more difficult questions.In each of the two 20-question Quant sections that wil determine your score, probably around 6 or 7 questions will focus on data analysis while another 5 or 6 emphasize arithmetic. Likely 4 or 5 will bring on the algebra and the remaining few will come heavy with the geometry.

Arithmetic questions skew toward the easier end of the difficulty spectrum. About 2 in 3 were answered correctly by over half of test takers. Ratios and percents (also found in some harder questions) were the most common topics. 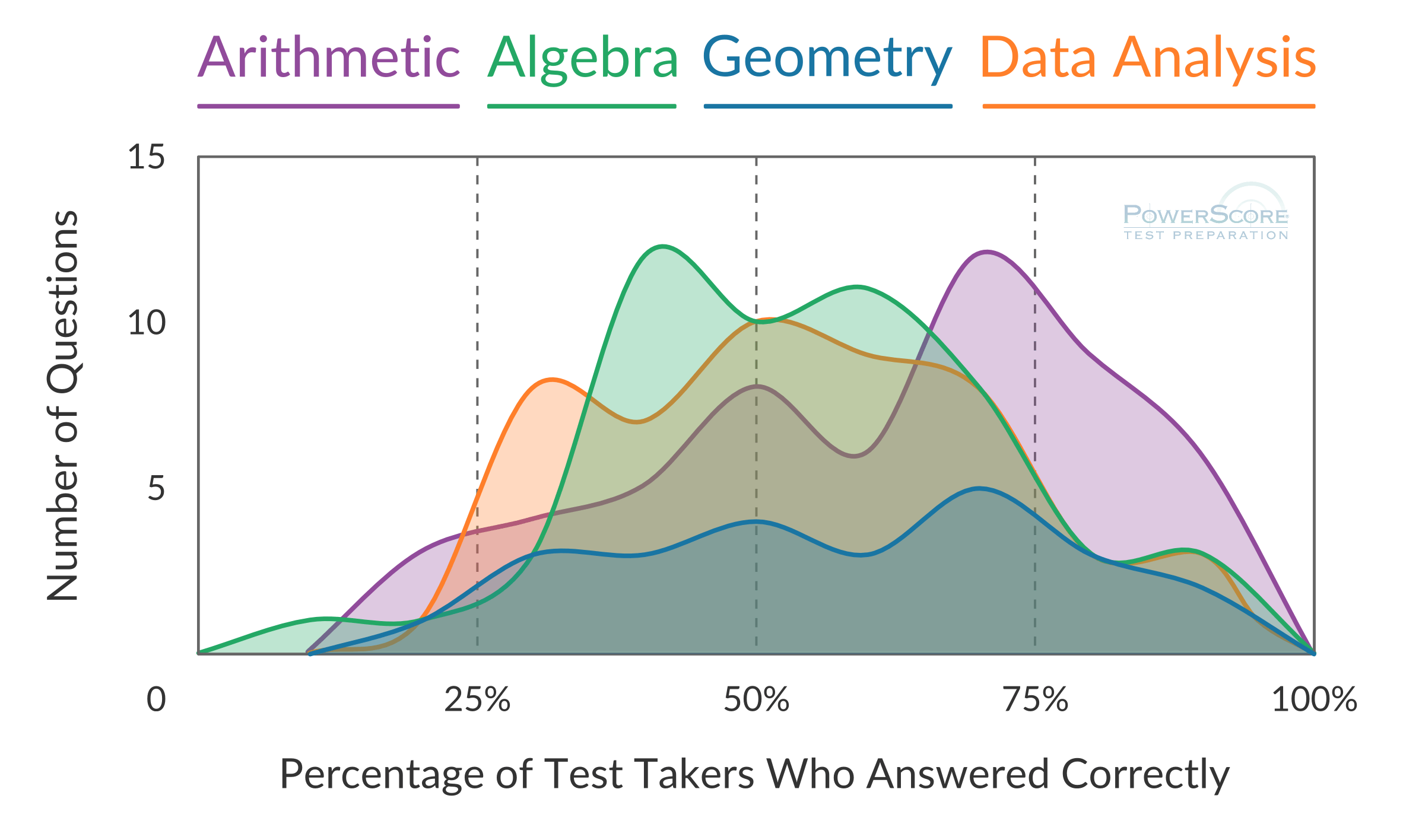 Geometry problems follow a pretty even distribution of difficulty. The tougher problems tended to feature quadrilaterals or circles.

When you’re preparing for GRE Quantitative, keep these frequency and difficulty data in mind. Be glad for the easier arithmetic questions, but also pay attention to how you’re doing on the more difficult ones. Algebra problems should sit high on your list of prep priorities given their tendency to stump lots of examinees. The same goes for data analysis questions, particularly ones that test statistics and probability. Make the weaknesses of most test takers your strengths and you’ll up your chances of earning a top score.

For more info about the math tested on the GRE, check out these posts in the PowerScore GRE Discussion Forum:

Want to try some tough Quant question—and see them answered and explained? Check out these blog posts: