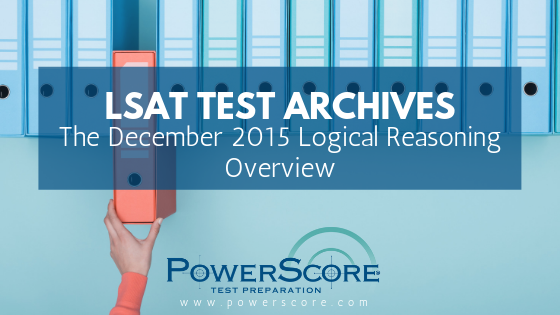 While the first Logical Reasoning section of the December 2015 LSAT (PrepTest 77) was consistent with the general difficulty level we have come to expect, the second section was a doozy. A highly unusual Fill-in-the-Blank Strengthen question (#5) appeared early on in this section, followed by another equally strange Cannot Be True question (#10). Test-takers who were hoping to breeze through the first ten questions on that section were probably taken by surprise. Things did not get much better later on: the section was dominated by above-average difficulty questions using Numerical Evidence to test logical fallacies (#6), weaken arguments (#19), and resolve discrepancies (#3 and #21). The difficulty of the section was compounded by the presence of dense Formal Logic on a Must Be True question (#13) and of conditional reasoning on two Justify (#20 and #24) and one Parallel (#23) question.

By comparison, the first LR section was a cakewalk. (Well, not really… but close.). Following the recent trend, as many as 25% of the questions on it tested your understanding of causality, making the understanding and manipulation of causal reasoning absolutely key. Perhaps most revealing was the emphasis on hard science (biology, geology, medicine, etc.), which was present in almost 50% of the questions in that section.

Overall, particularly common were Method-AP questions, which outnumbered the classic Method question 4:1, as well as Strengthen questions, which outnumbered Weaken questions 3:1. Although the trend of de-emphasizing deductive logic (especially Conditional Reasoning) continues, we must note that half of all Must Be True questions required understanding of Formal Logic. This is highly unusual, bringing back fond memories of the tests from the 1990s. We always warn students against dismissing older tests, as history frequently repeats itself. The LSAT is no exception.

Make sure to out our analysis of the December 2015 Logic Games and Reading Comprehension sections.